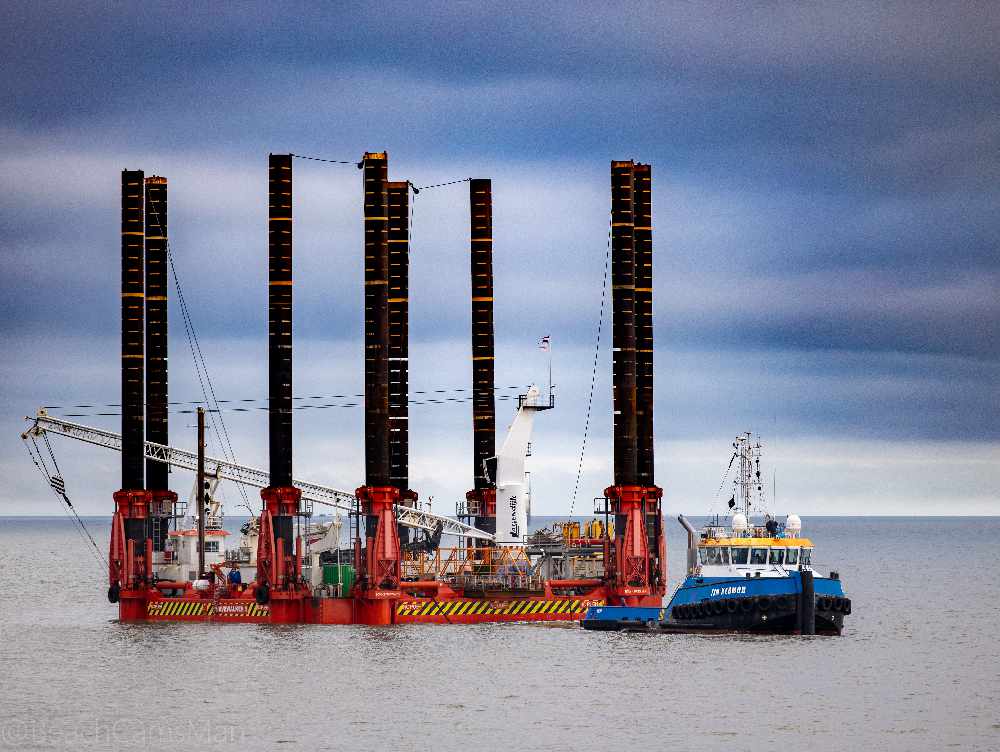 It’s the only one in Europe

A revolutionary ‘wavewalker’  barge – the only one of its kind in Europe – is being used as part of the work underway on the second section of new Dawlish sea wall.

The Network Rail scheme to aims to protect the line from the coastal elements and will help Dawlish to become more resilient to the effects of climate change. It will also protect vital rail artery to the south west for next 100 years.

The plans for the 415-metre section between Coastguards and Colonnade breakwaters, includes a new taller sea wall incorporating a high-level wider and safer public promenade, pedestrian access to the beach.

An accessible footbridge with lifts for the railway station that would allow anyone to access either platform is also included, while restoration work would take place on the rooms in the downside station platform building.

Construction of this section of the £80 million upgrade will take around two years and follows years of detailed studies, designs and joint working between world-leading marine, coastal and railway engineering experts.

The section between Dawlish station to the Coastguard breakwater east of the station is expected to be completed in late 2021, before the final part between the station and the Colonnade breakwater, which will link up the already completed new sea wall at Marine Parade, will start to be built shortly after.

Ewen Morrison, Network Rail senior programme manager for the project, said: “Our plans have been drawn up by world-leading engineers and it will provide greater protection to the railway and town from rising sea levels and extreme weather. We will continue to update the community with how our work is progressing.”

Rail minister Chris Heaton-Harris said: “I’m really pleased to see that work is starting on the next phase of the sea wall, and that the innovative ‘Wavewalker’ is being used to construct it – a first for UK rail. Our investment will provide a resilient railway for generations to come, and forms part of our commitment to deliver reliable, punctual journeys across Devon and Cornwall, helping the south west build back better, supporting the local economy and tourism.”

Anne Marie Morris, MP for Newton Abbot, added: “I very much welcome the beginning of this part of the resilience work at Dawlish which will safeguard the line for decades to come, bringing with it an economic boost for the local economy and that of the wider South West. I very much encourage constituents to make use of the Network Rail information point for any updates or queries they might have.”

A major aspect of the work involves the use of an innovative eight-legged, self-contained walking jack-up barge, known as a ‘wavewalker’. It is only one of its kind in Europe and it will be the first time this type of barge has been used to maintain the UK rail network.

This innovative piece of equipment will be used by contractors BAM Nuttall to safely access the sea face of the railway embankment along Marine Parade and help deliver the piling at the sea wall.

The wavewalker’benefits from being able to operate across high tidal ranges that particularly impact the south Devon coastline, that would otherwise restrict the number of hours it is possible to safely work on the sea wall. Once complete, the section of new sea wall will be higher than the existing wall; have a curved edge to send waves back towards the sea; have a high-level, wider and safer promenade; pedestrian access to the beach and an accessible station footbridge with lifts.

As part of Network Rail’s commitment to spending money locally, the scheme will also deliver an important boost to the south Devon economy with as much as £10 million expected to be spent with local businesses during the second phase of work. This follows the £5 million spent on local labour, materials and accommodation during the first section of the new sea wall, which was completed earlier this year.

An information point will again be available in Dawlish so residents can receive regular updates with how work on the new sea wall is progressing.

Huw Jones, Divisional Director Rail at BAM Nuttall, added: “The railway in Dawlish is uniquely positioned, leaving it enormously exposed to the worst weather that the English Channel can produce. Working in this environment requires imaginative solutions and innovative thinking and our use of the WaveWalker is a great example of that.”

“The jack-up barge allows us to work safely on the foundations of a new sea-wall on a 24-7 basis, regardless of tides. Using the WaveWalker to deliver this phase of work means we can complete the work more cost effectively, allowing us to minimise impact on passengers whilst significantly reducing the time that this work impacts the local community.”

In 2014, a devastating storm struck the Dawlish coastline severely damaging the railway, cutting off communities and costing millions of pounds to fix.