A Torbay councillor has spoken out about the need to tackle racism in Devon in the wake of the Black Lives Matter protests after the death of George Floyd in police custody in the United States.

Liberal Democrat Jermaine Atiya-Alla, 33, represents the Ellacombe ward of Torquay and is the Bay’s first black councillor. He says now is a chance to bring about change.

He said: “Basically there is silent racism in the bay. It might not be there in your face, because a lot of people are not like that. I have attended public meetings and sometimes I have been glared at and they will whisper to the person next to them. They won’t say anything, but I know what they mean.

“I have experienced racism, absolutely. I was in another part of the Bay last week, I was just queuing up to go into a store. I was social distancing, and this person was not. They basically told me, if you like, to take my ‘grubby self’ away.”

The councillor said issues that needed to be addressed included better access to services such as healthcare, which people from black and ethnic minorities could find intimidating.

Cllr Atiyah-Alla said: “Across the country there are people who come from black and ethnic minority backgrounds who might struggle to access services. They may feel like they are going to be judged because of their colour.”

Torbay Council is about to launch a campaign to tackle racism by encouraging people to report incidents.

Cllr Atiyah-Alla said: “We want to encourage people from a black and minority ethnic background to not hold back reporting any form of racism that they have experienced to the  police and also to their local councillors.

“If they are unable to report it themselves we encourage family members, friends or carers to report it, and even if you are from a non black and minority ethnic background, to report racism. No racism in any form will be tolerated in the Bay, period. If people are experiencing racism at the moment, they need to contact the police.”

“It is a massive moment for change. In this country we are slowly turning the corner, but we need to do a lot more.”

Cllr Atiya-Alla, who attended Paignton Community College, works in the motor trade. During lockdown he has been volunteering with Ellacombe Community Cafe and helping to deliver food for the Torbay Food Alliance, which has been providing meals for the vulnerable. 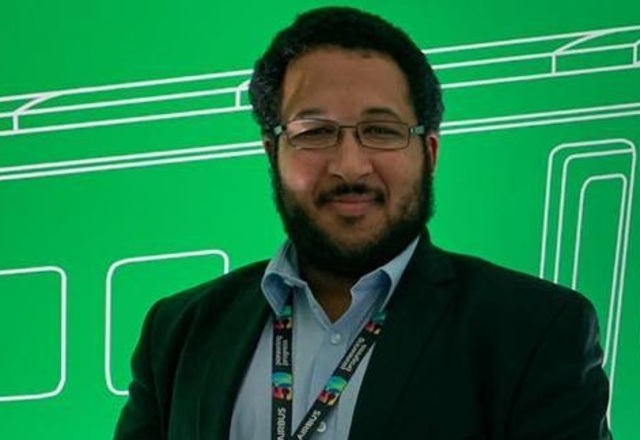