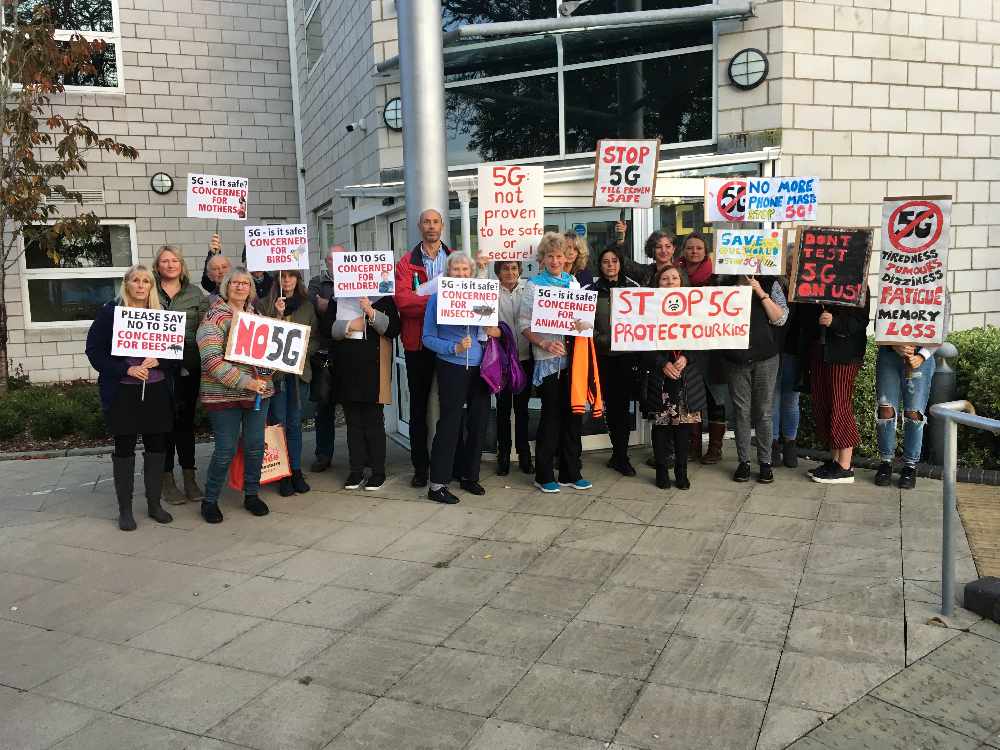 No action a year on from petition

Councillors voted for no action on a report about the health concerns over 5G mobile phone technology after missing the chance to contribute to a parliamentary study.

Torbay Council held a debate on the issue in February 2020, after receiving a petition signed by more than 1,000 people calling for the rollout of the 5G network to be paused until the technology was independently tested and proved to be safe.

The 5G system has been heralded as providing a technology revolution with faster data transfer. That will enable the ‘Internet of Things’ to connect smart cars, buildings, and household devices, as well as providing improvements in public services, industry and commerce.

Health officials say there is no evidence of harm from the technology and the effects are kept under review, but opponents claim 5G is untested and they have raised concerns about its impact on human health and wildlife.

Councils have limited powers under planning law to control mobile phone masts and cannot set limits different to international guidelines. The Government has asked local authorities to back the 5G rollout to support economic growth.

The new network uses a higher frequency of microwaves than earlier systems and can carry more data but work over shorter distances, so the 5G network needs more but smaller masts to provide coverage, which have resulted in a series of planning applications across Devon.

In February 2020, Torbay Council decided to join an investigation being held by Devon County Council, known as a spotlight review, into the health and security concerns over the technology. That had already started at the end of 2019 but a question and answer session with experts planned for 2020 did not go ahead due to the pandemic.

A report on the outcome of the study was given to a meeting of Torbay Council’s overview and scrutiny board on Wednesday night, just over a year after the full council debate on the issue.  It found there was a lack of public understanding about 5G technology and fears about the risk to health and the environment.

The review concluded that 5G provided clear benefits but there should be more study of the concerns, which were not helped by false information circulating online, and public bodies should provide clear reassurance backed by evidence.

Councillors heard that Devon’s overview and scrutiny committee considered the review report in September and recommended sending a letter to a parliamentary committee of MPs considering 5G technology. The Devon committee asked the MPs to consider “the earnest concerns expressed by some residents of this county and beyond about the health and environmental impacts of 5G”. It asked the government to provide greater reassurance and evidence to the public “that the technology is safe”.

The committee added: “If such reassurance and evidence cannot be provided, then we suggest further research is urgently undertaken.”

The Torbay meeting was asked to recommend the council’s leader should send a similar letter. But councillors heard that the parliamentary committee had produced its report on 5G before Christmas. Former Torbay mayor Nick Bye, a Conservative, said the council had “missed the bus” and a letter would be too late to influence policy.

Liberal Democrat Jermaine Atiya-Alla said experts reported there was no risk to individuals from 5G radiation, and the regulator said the levels were well within the safety limit. “I think we should just note the report and move on,” he added.

The committee voted in favour of a proposal from Cllr Bye to recommend noting the county council’s review report and take further action.

Cabinet member Jackie Stockman said as part of the council’s response last year, she had met representatives of the group in Torbay raising concerns about 5G. A public health official and an expert from Public Health England were also there, and they considered the views put forward and answered questions. The Independent councillor said: “I think it is the first time we engaged at that level, recognising that for some people there are real concerns.”

A report on the county council’s review said it considered the views of people with an interest in 5G and concerns over the technology, and they could not be said to represent the views of all Devon’s residents. The review concluded that whilst advice from national bodies such as Public Health England was that the technology was safe, concerns remained.

The report said: “The quest for greater understanding of the science behind 5G is not helped by questionable studies and false information abounding upon the internet. This Spotlight Review acknowledges the clear benefits that 5G would bring and feels that the concerns surrounding 5G should be assessed further by national bodies. It is incumbent upon public bodies to provide transparent reassurance, backed by clear evidence in order to roll out technology with the full consent of the people of this country.”

Public Health England says years of studies of radio waves show the risk of damage to health is unlikely at exposure to levels below internationally agreed limits. Campaigners say 5G technology has not been fully tested and studies on animals have shown a link to health effects including an increased risk of cancer.