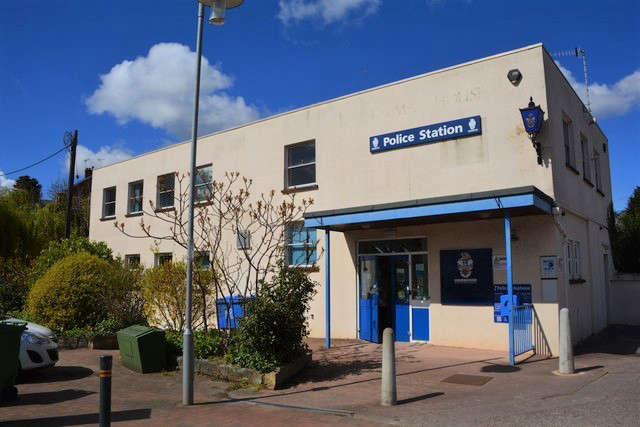 Front desks on track for December

Tiverton and Newton Abbot’s police station front desks are expected to reopen to the public by the end of the year.

In May, police and crime commissioner Alison Hernandez announced they would open to the public again after closing in 2014 as part of cost-saving measures.

The programme for Devon and Cornwall, costing £190,000 this financial year, will also mean Penzance, Falmouth, Truro and Bude’s front desks will reopen, with Newquay’s remaining open following a temporary trial.

The commissioner’s office originally said they expected all the front desks to reopen by the end of the year.

After a question was raised at a Mid Devon District Council meeting on Wednesday [31 August], the commissioner’s spokesperson confirmed they’re still on track for that.

Speaking at the council meeting, Councillor Ben Holdman (Lib Dem, Castle) said: “We still haven’t really had an update on the front desk of the police station for Tiverton for quite some time. I keep on being told at the [council’s] community [policy development group] that there is no update.

“We are several months in, if not nearly two years in since this was promised by certain members that we were going to have a front desk open. And I am concerned for the residents that this isn’t going to happen.”

Councillor Colin Slade (Conservative, Lowman) replied: “They’re currently recruiting staff to man those. When they are fully staffed up, they will be able to open. The latest I’ve heard is they are hoping for December as the time for opening, but obviously that is subject to them being able to get staff.

He added: “Obviously, people to man a police station front desk do have to meet certain criteria and vetting and so on, so it’s not just anybody who can apply for that job but the recruitment process is, I understand, well underway.”

Cabinet member for community wellbeing, Cllr Dennis Knowles (Independent, Lowman) said he has “been in touch several times with the commissioner’s office and things are still going forward,” and hopes to get more detail from Ms Hernandez at a meeting later in the month.

Chief inspector John Shuttleworth is tasked with rolling out the openings. He said in May: “Getting the front offices up and running will take a little work to employ some new staff, get them trained and organise for the police stations to be fitted with appropriate furniture and front counters, but by the end of the year we will start to see them fully functioning.”

Once fully up and running, the offices will be staffed Mondays to Saturdays from 10 a.m. to 3 p.m., while the existing nine stations will operate extended opening hours of 8 a.m. to 6 p.m. on the same days.

Staff on the desks will also be able to support the 101 contact centre when not dealing with walk-ins.