Exeter Chiefs’ legendary fly-half Gareth Steenson is to play out the rest of the season before joining the team’s coaching staff.

Steenson has now signed a playing contract extension that will allow him to see out the remainder of the 2019/20 season. Steenson, who has been with the Chiefs since arriving from the Cornish Pirates in 2008, is the club’s all-time leading points’ scorer, amassing to date 2,611 points in 306 appearances. He’s made vital kicks in the 2010 Championship play-off final and the Aviva Premiership title win in 2017.

But now the 36-year-old is set to call time on his playing career following the culmination of this latest contract. “I’m thrilled about the new deal,” said Steenson. “Obviously, it’s been a strange time for us all. Being at home, training on an individual basis, not knowing if I was going to come back playing again, it’s nice to know I will get the chance to finish off what we started.”

Unlike some others at the Chiefs in recent weeks – players like Nic White, Greg Holmes, Matt Kvesic and Sam Hill – who didn’t get the chance to have a final farewell in front of the Sandy Park faithful, Steenson is hopeful he will be out to bow out in front of those supporters who have worshipped his every move.

“Look, I’m incredibly fortunate, I’m sitting here at the age I am, still doing what I love,” he added. “I’ve had some incredible days here. I was very fortunate that I had a testimonial game a few years ago and the amount of people who turned out that day, those bits and pieces I have on the back burner.

“If I don’t get another opportunity to run out in front of a full Sandy Park, it will be disappointing, but it is something I can live with. I’ve been very lucky, like I said, and I know there are guys out there who had things taken away from them, so for me I can’t really have any complaints.

“Personally, I’m really excited to have the chance to finish this season off and be in a position where I can finish this season off.  Obviously, with the whole COVID thing coming in, it’s maybe taken the options away of having crowds come in. If that’s the case, I’ve had big days and I can still have an opportunity of winning a couple of titles before I go, which will be incredible. “That’s a real big driver for me now and to be part of the squad trying to do that is great.”

Like any player reaching the final stages of their playing career, the inevitable decision to call time brings everything into focus. Steenson, though, acknowledges he is in a wonderful position, not only having the chance to bow out in an exciting end to the season, but that he will remain part and parcel of the Chiefs mix moving forward.

“It does feel weird, but the way I have been training recently I don’t feel like I am retiring,” he continued. “I feel very much that we are in the middle of the season. I felt that last year would be my last-ever pre-season, but here we are doing another one right now! The people we have, those who have gone, all of whom have worked so hard to make the club what it is, it has been a real joy to be involved in. I’ve been so lucky to be part of the whole journey and experience so many firsts for the club. There is still one to be done, so here’s hoping that we might win a Heineken Cup! I can have no complaints and I’m so proud to have been able to wear the Torquay for so long as I have.”

Looking to the future, however, Steenson admits it will feel strange swapping the changing room life for that of the coaches’ office.
“I have seen how the boys have treated [Julian] Salvi and I’ve been part of getting stuck into him,” he laughs. “I’m excited about it all. I had a taste of it all by going down and helping coach at Plymouth Albion. I got to do that with Carl Rimmer and James Scaysbrook and I really enjoyed going in and the day-to-day running of it all.

“I do enjoy the game and seeing the way it goes and I am realistic enough to know that when I’m running out with the young boys here, they are getting that little bit quicker. I’ve lost a wee bit more weight, so the contact zone is a bit harder, but I am excited about it. To be part of the journey moving forward – I know that this club has so much more to give.  I have been so fortunate to be part of this generation and hopefully I can some input going forward, helping the club to get better and better and winning more trophies.” 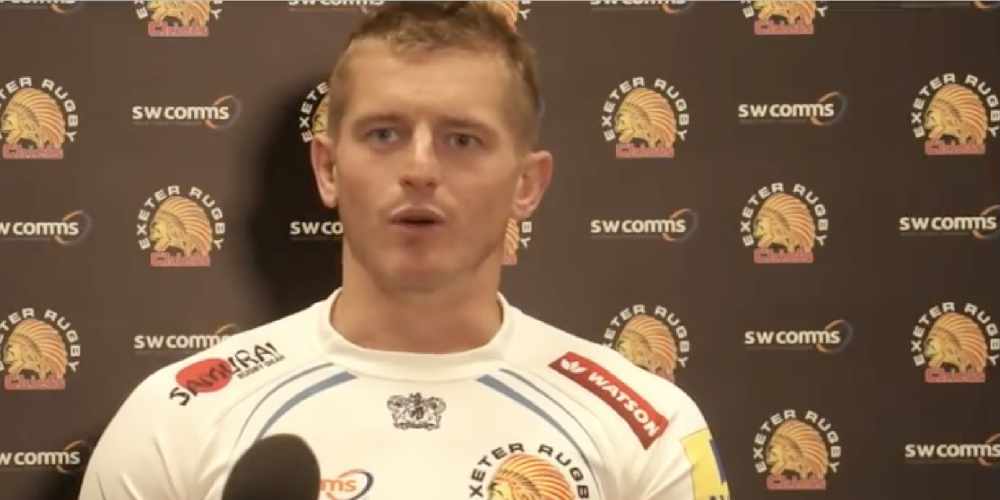