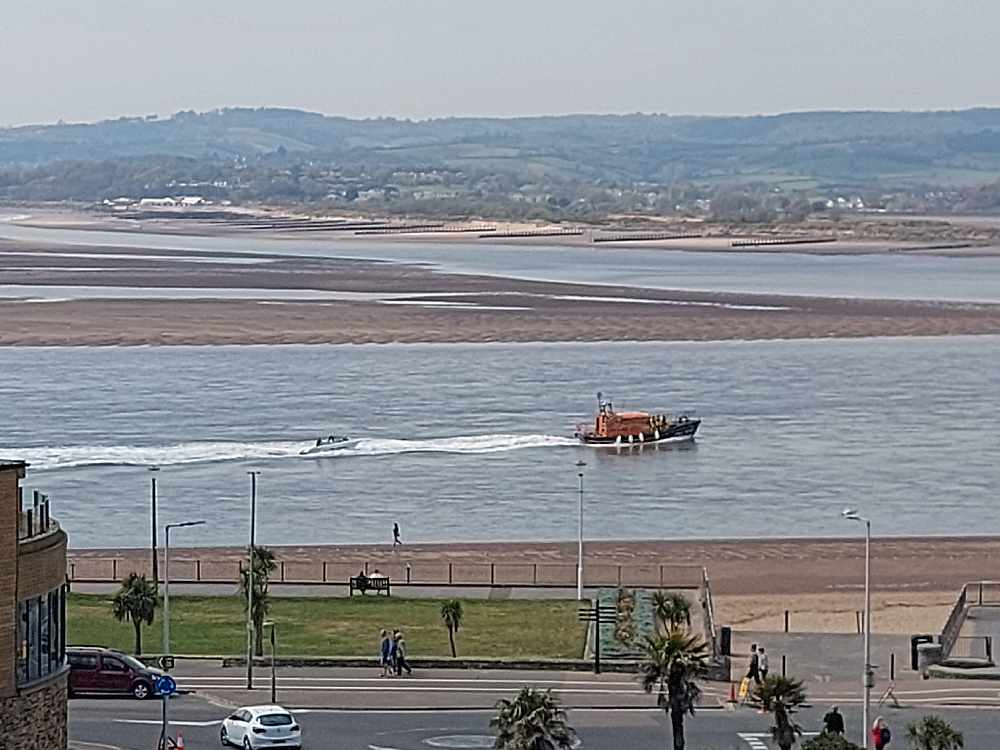 A speedboat has been taken out to sea by a strong tide near Orcombe Point in Exmouth.

The RNLI launched at around midday on Tuesday after reports of a 24ft vessel suffering an engine failure and out of control.

The vessel was quickly located and three individuals were on board. No one was injured.

Exmouth RNLI coxswain Steve Hockings-Thompson said: “This was an unfortunate incident where a speedboat had suffered a serious engine failure in difficult sea conditions. The vessel and its occupants, who all had buoyancy aids, was towed to safety and I was pleased myself and my crew were able to help with this rescue. Our advice to those going to sea in yachts and motorboats is to check your engine, wear a lifejacket, have a means of calling for help, preferably a VHF/DSC radio, and check weather / tide times before embarking.”

The lifeboat then made its way back to its mooring on the Exe Estuary where it was back on service a short time later.