Three-quarters of an acre of prime retail space in the centre of Exeter has changed hands, four years after a devastating fire that destroyed England’s oldest hotel.

The Royal Clarence on Cathedral Yard, one of 13 hotels owned by Andrew Brownsword Hotels, has been derelict since the blaze in October 2016. In 2019 Mr Brownsword declared his decision to sell as “heartbreaking.” Upmarket estate agents Christie and Co were hired to find a buyer for the site, which was valued in the region of £2 million for the freehold.

It’s now been bought by a company indirectly-owned by James Brent and his wife. Mr Brent is a former chairman of Plymouth Argyle Football Club, which he rescued from administration in 2011 and left in 2018. He had previously planned to build a hotel at Home Park, but that’s in doubt after his company Suite Hospitality Ltd went into administration this summer. Against a background of coronavirus, the hotel sector has faced  a tremendously difficult period.

The Royal Clarence site comes with planning permission for a new 74 bedroom hotel. In the intervening years since the fire,  some preliminary works have taken place, but the site has been an eyesore in an historic Exeter spot for too long.

Andrew Brownsword said: “We would like to thank the people of the city of Exeter who have shown us such support and patience since the fateful night of the fire.  While we are deeply saddened that we were unable to return the hotel to the city that we love, we are satisfied that we have found a good owner for the site, who will restore this corner of Cathedral Yard to its former glory.  We offer James and his team every good wish as they set to work”.

James Brent, comments “We are delighted to have acquired this important site in such a stunning location. We look forward to working with the City, the Cathedral and other partners to replace the historic building.”

The site is handed to its new owners with the initial demolition of damaged structures completed, as well as excavation and archaeological work completed to save as many historic features of the Grade II listed building as possible.  Extensive ground works have also been completed to strengthen the foundations of the site in order to maintain and restore the remaining historic fabric, and above ground masonry and structural repairs of surviving historic fabric allow for their integration into future reconstruction of the building.  Archaeologists have provided a watching brief throughout, with all finds being documented and stored in controlled conditions.

The 2016 fire took four days to put out and was caused accidentally by electrical works in an adjoining building. The Royal Clarence’s most famous guest was Admiral Lord Nelson who stayed there the night before being awarded freedom of the city of Exeter in 1801. A generation later, composer Franz Liszt gave piano recitals there, which were eventually commemorated with a blue plaque. Author Thomas Hardy was also a guest.

The fire starts to take hold in October 2016 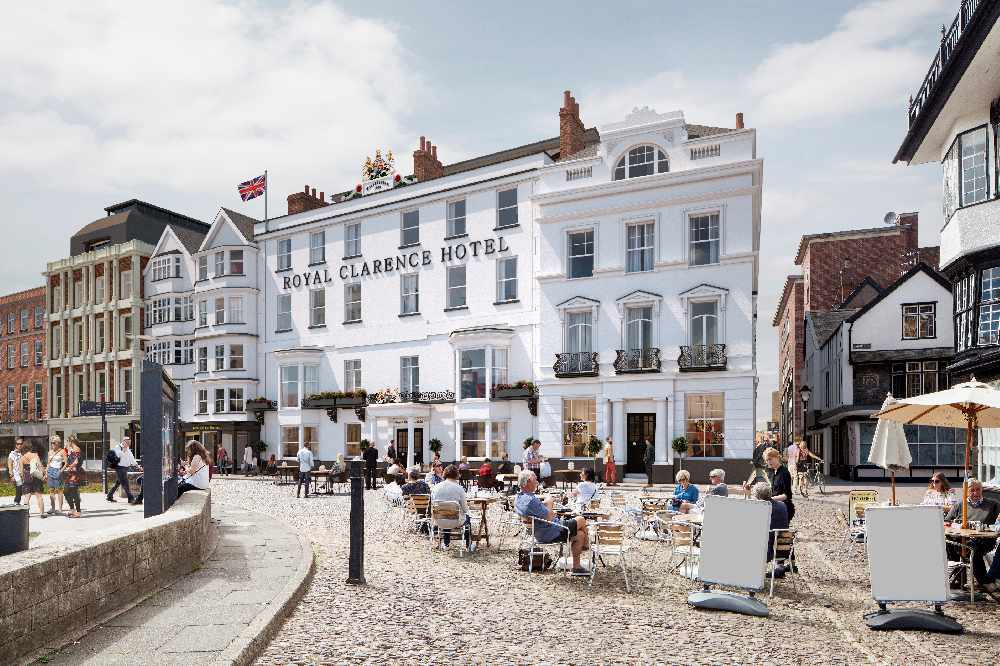