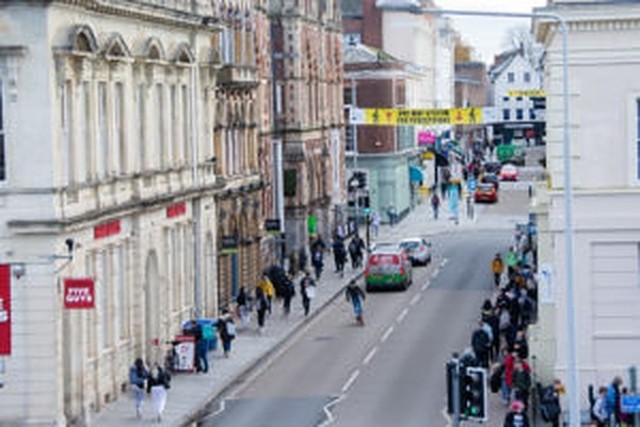 Plans to provide wider footways that will help enable social distancing on Queen Street in Exeter have been unveiled – and will see one-way restrictions on vehicles introduced.

With the ongoing pandemic, concerns have been raised about insufficient space on Queen Street to follow the government’s advice on social distancing. The area is used by high numbers of Exeter College students on weekdays.

Some people say they no longer feel safe enough to use Queen Street, which has more than 6,000 daily pedestrian users.

Now Devon County Council is now exploring emergency road layouts to free up space for social distancing. The proposals include reallocating space from the existing carriageway and/or temporarily restricting vehicle access, including an option to make Queen Street one way for private vehicles.

Proposed changes are focused at areas where existing footways are narrow, such as between Northernhay Street and Paul Street, and where pedestrian volume are particularly high, such as opposite Central station.

The consultation closes on Thursday 10 December, before a special meeting of the Exeter Highways and Traffic Orders Committee decides what temporary changes to approve, if any. The committee’s interpretation of the word temporary is sometimes flexible. Earlier this year it restricted vehicles on some residential roads temporarily, some of which are now expected to be permanent.

Cllr Stuart Hughes, Devon County Council cabinet member for highway management, said: “Queen Street is used by many different groups of people including students, businesses, local residents, as well as providing access to a major rail station, and it is clear that we need to look at how we can provide more space for pedestrians while social distancing is required.

“Any potential changes to the road layout could, however, impact other areas and therefore it’s important that as many people as possible take this opportunity to have their say. I would urge everyone to provide us with their views.”

Exeter College’s vice principal and deputy chief executive Rob Bosworth said: “We fully support the consultation to make Queen Street a safer space for our students, Exeter’s businesses and the wider community. We all have a responsibility to protect each other during these challenging times and collaborating across the city is the best way to ensure that Queen Street can be as safe as possible for all users.”

Cllr Phil Bialyk, leader of Exeter City Council, added: “Providing enough space to allow for safe social distancing is vital to protect our citizens, businesses and visitors. That’s why we are so pleased to see a joined-up approach across the city in tackling this shared issue. We welcome the proposals for emergency road layouts on Queen Street and we encourage local residents and traders in the area to participate with the public consultation and have their say.”

The delivery of any temporary solution will be designed and implemented by Devon County Council, with the aim of any of the proposed options is to create more space for pedestrians, reduce the public health risk and give residents, businesses, and customers the confidence to use Queen Street.

Residents and businesses now have an opportunity to share their views and feedback during the consultation period, and a letter has also been sent to all St. David’s residents that includes further information on the public consultation and how to take part.

The key features included in this option are:

This option includes all features of option A noted above as well as: 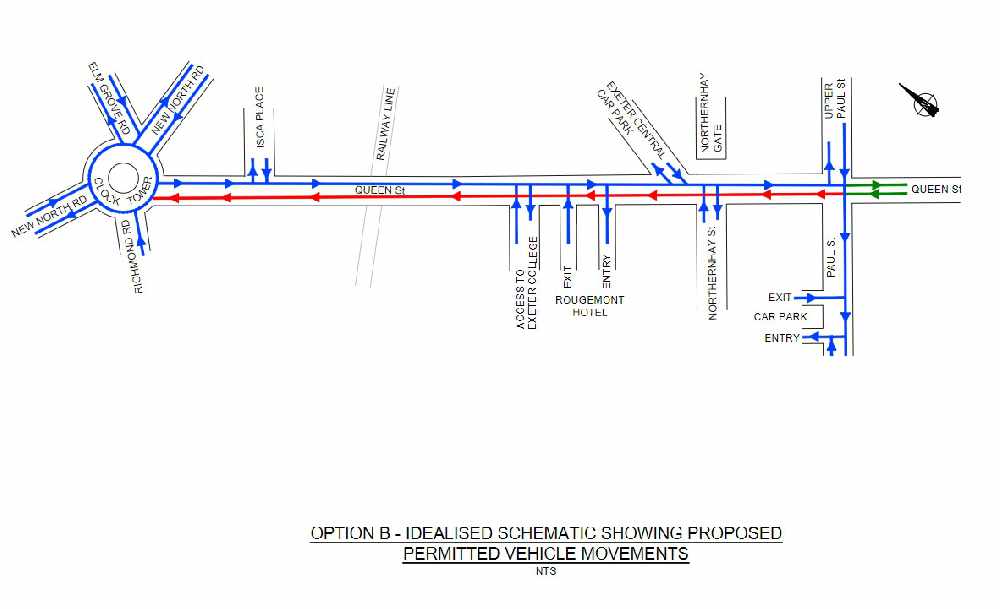 Option C includes the addition of a one-way restriction on Iron Bridge, allowing northbound access only across the Iron Bridge. This would reduce the level of through traffic and rat running through St Davids.

It would also enable more space for pedestrians and cyclist on Iron Bridge and heading into the city centre. However, the restriction would mean any vehicle trips by residents in the area would need to exit via St Davids Hill/Hele Road roundabout.

Any changes to vehicle access on Queen Street will lead to some traffic redistributing across the network. Light traffic that previously travelled west on Queen Street would divert onto other routes, most likely leading to an increase in traffic on St David’s Hill and Bonhay Road.

St David’s Hill, as the parallel route is likely to see the highest increase in traffic as a result of any changes to Queen Street and this option puts forward a way of mitigating the traffic impact on St David’s Hill. 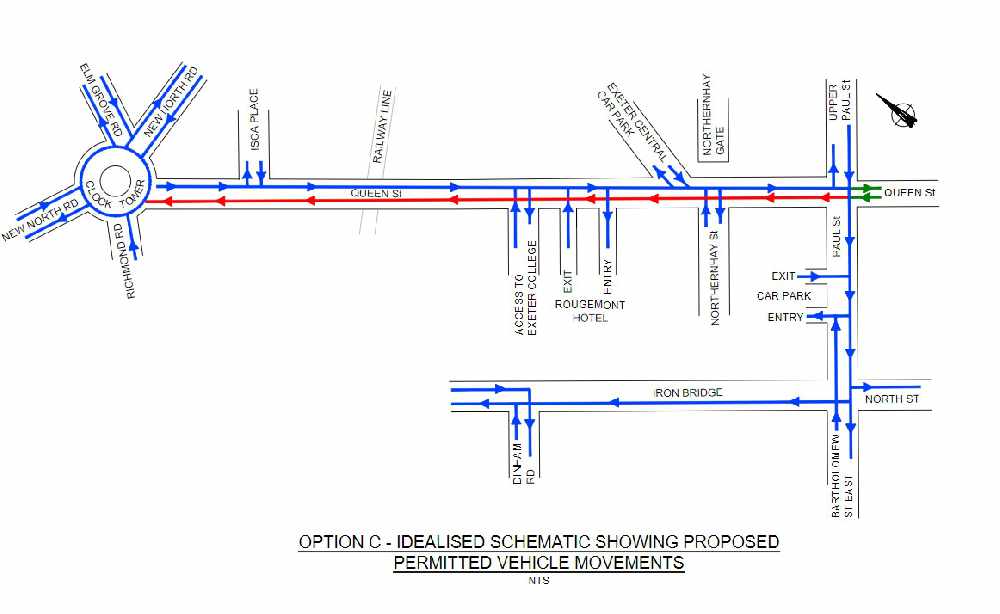