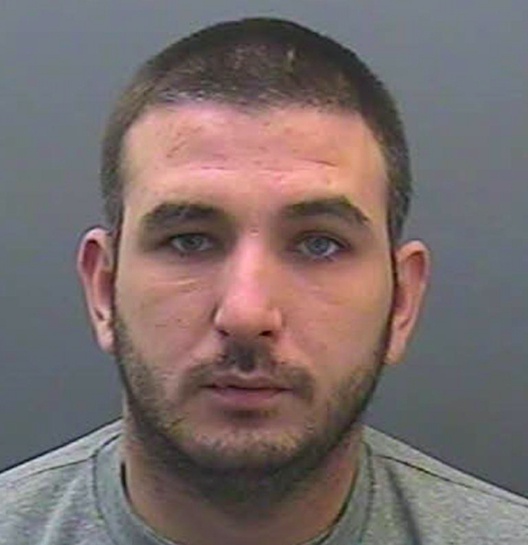 A Brixham man is starting a life imprisonment after killing a man in a brutal attack before setting his caravan alight in Newton Poppleford.

Lewis Finch, 31 of Briseham Close, Brixham, was found guilty at Exeter Crown Court of murdering 47-year-old Geoffrey Pearce. He was given the mandatory life sentence at Plymouth Crown Court for murder and will have to serve at least 22-years before being considered for release.

The court heard that on the night of Wednesday 8 January 2020, Mr Finch bought drugs before taking a taxi to Mr Pearce’s address where he lived alone in a caravan on a haulage yard in Harpford, Newton Poppleford.

Finch had reportedly stayed there for some time taking drugs with the victim before attacking hitting him several times on the head causing a fatal injury. Mr Pearce was also found to have a ligature tied around his neck. Before fleeing, Finch set the caravan on fire with Mr Pearce still inside. He then made a call to his half-sister to ask for a lift in the early hours of Thursday 9 January.

The court was told Mr Pearce was heard in the background of this call screaming for help, and Finch tell his sister: “he’s not dead yet but he’s going to be.” The sister did not attend and once the call had ended, she alerted police. Officers went to the haulage yard where the caravan was well ablaze. Devon and Somerset Fire & Rescue Service also attended to extinguish the fire and the scene was sealed off. The body of Geoffrey Pearce was later identified within the burnt-out caravan.

After extensive enquiries, Finch was later located at an address in Exmouth and arrested on suspicion of murder later that morning. A post mortem examination revealed that the cause of death was likely due to the head injury which suggested that Mr Pearce may have been dead at the time of the fire.

During the trial Finch admitted killing Mr Pearce and leaving him for dead before setting fire to his caravan, but denied murder instead stating partial defences of diminished responsibility and loss of control. However, the jury didn’t believe him.

Mr Pearce’s family who attended the trial said in a statement: “We are pleased with the outcome and justice has prevailed. We would like to thank Prosecution QC Mr Brunton and the investigation team with special thanks to the Family Liaison Officer. We feel this verdict is the right outcome and tis now represents closure for us and it means we can now move on.”

Senior investigating officer Detective Inspector Robert Back said: “We welcome today’s outcome. This was a brutal attack on Mr Pearce by someone he knew and had allowed into his home. I hope this result provides some sense of closure for his family who have conducted themselves throughout the trial with dignity and restraint.

“I would like to thank the jury and highlight the dedication of the team of Major Crime investigators who painstakingly gathered the evidence and the prosecuting team who expertly presented.”