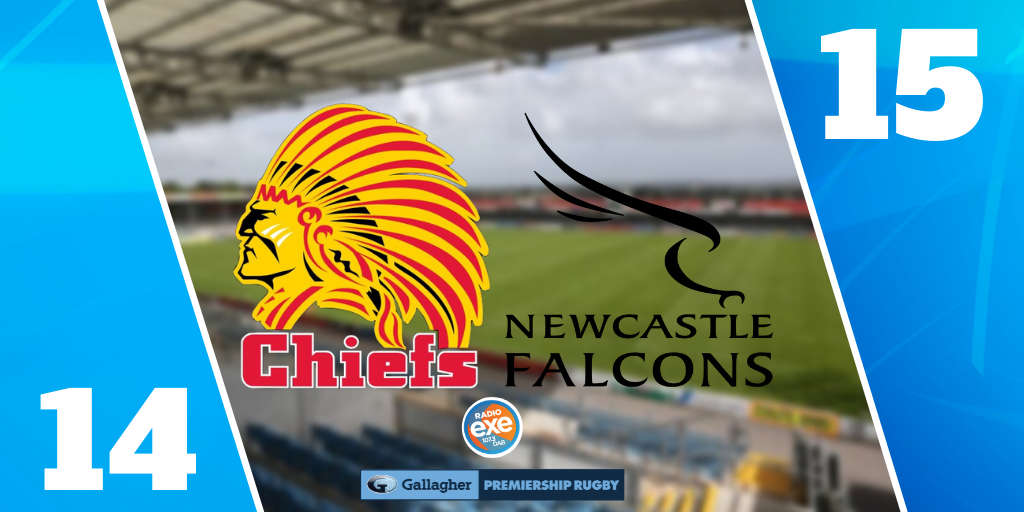 Exeter failed to make it back-to-back wins, as they missed the opportunity to climb back into the play-offs.

Rob Baxter sticked with a largely unchanged line-up from last time out, Joe Simmonds was one of just three changes.

Chiefs, playing without their international stars, started the game firmly on the back foot – and within ten minutes, Premiership strugglers Newcastle took an early lead.

Falcons’ George McGuigan was at the back of a driving maul to touch down under the posts, Joel Hodgson added the extras.

The visitors continued to frustrate the 2019 Premiership champions throughout the half; Exeter couldn’t find their stride – and they were second best for most parts.

They did, however, level proceedings on the stroke of half time. Simmonds found a rare gap in Falcons’ defence to dot down under the posts, the conversion was successful. It ended 7-7 at the break.

The hosts had a much better start to the second half, and for the first time in the contest, they took the lead just before the hour mark. Don Armand powered his way over the line from close range – Simmonds slotted the extras.

Unfortunately for the Chiefs though, Jack Nowell received a yellow card for a deliberate knock on, which proved costly.

With the man advantage, Falcons reduced the deficit thanks to a Ben Stevenson try following a lineout. Hodgson’s conversion was missed, however, giving Exeter a narrow lead.

Hodgson had the chance to redeem himself less than 10 minutes later with a penalty in front of the posts around 30-yards out, but he sliced it wide.

With less than ten minutes to play, Newcastle replacement Connon eventually found the target. He kicked a well struck 35-yard penalty over the posts to give his side a one-point lead.

Exeter had the perfect opportunity to clinch the win in the dying embers – but their lineout on the 5-metre line was stolen by Falcons before being kicked out of play. It ended: Newcastle 15 Exeter Chiefs 14.

Unprovoked attack on man in Exeter