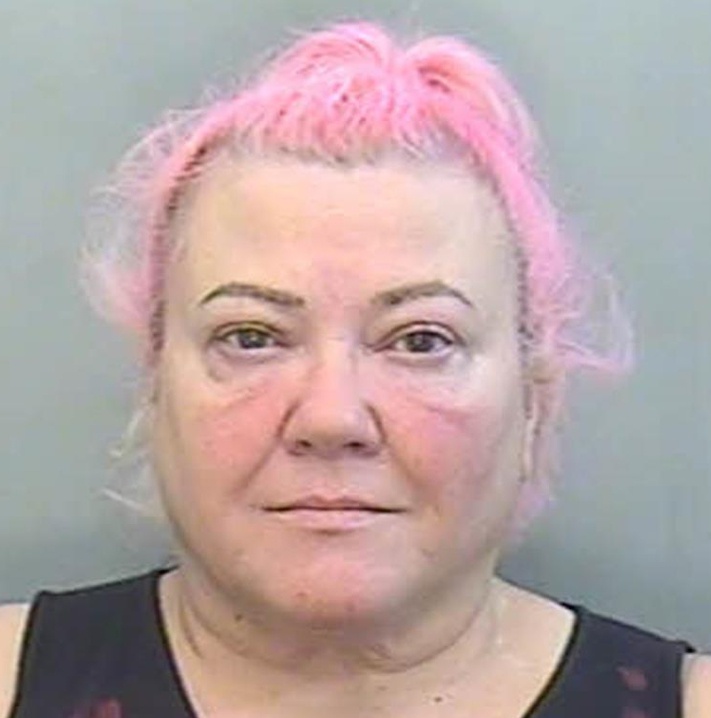 She ran eight of them in Devon

A mother and son have been convicted of running brothels in Exeter and Torquay.

They profited from the unusual – and illegal – family business that exploited women in the county as well as handling criminal property.

Edwina Kalay, 59, admitted managing eight brothels, plus a joint offence of money laundering –relating to the transfer of more than £98,000 through her bank accounts – and an offence of possessing in excess of £3,000 worth of criminal property.

Her son, Richard Christian, 33, admitted to assisting in managing five brothels, all in Exeter, plus a joint offence of money laundering – relating to the transfer of more than £17,000 through his bank account – and an offence of possessing criminal property.

He receive an 18-month jail term for assisting in the management of five brothels, plus concurrent sentences of nine months, and one month, respectively, for the money laundering offences. All are suspended for two years. In addition, he was ordered to carry out 200 hours’ unpaid work.

In addition, Kalay’s husband Michael Stockwell, 70, admitted to a joint offence of money laundering – relating to the transfer of more than £16,000 through his bank accounts – directly linked to the money received from the brothels. He was sentenced to nine months imprisonment, suspended for 18 months.

A hearing is planned for later this year for the confiscation of assets from the defendants, under the Proceeds of Crime Act 2002. They pleaded guilty to money laundering offences of more than £120,000. The figure is expected to be considerably higher when the regular cash payments the defendants collected from the women working in the brothels are taken into account. The women were each paying upwards of £500 per room, per week.

Exeter Crown Court heard details concerning Kalay’s previous conviction of running a brothel in Oxford in 2014, for which she was sentenced to 12 months’ imprisonment. Soon after her release from prison, she relocated to Torbay with Stockwell and was later joined by Christian. Kalay and Christian initially ran a fast-food outlet in Torquay but by 2018 faced financial difficulties.

Text messages on Kalay’s mobile phone reveal that she started managing brothels in early 2018, and in mid-2018 she encouraged her son to join what she described as “the business”, with the promise of high financial rewards. They ran brothels in residential areas of Pensylvannia, St James and Heavitree in Exeter and Tormohun in Torquay.

The family enterprise first came to the attention of police in July 2018 when officers received a report that a flat above a shop in Torquay town centre leased by Kalay, was being used as a brothel. Police officers and council officials attended the flat and came across two women, one from Eastern Europe and another from the UK, who both admitted they were sex workers.

Initially – because most consensual sex work is not illegal – officers from the South Devon proactive policing team focused on safeguarding the women ensuring there was no evidence of coercion or exploitation, while also identifying who was managing their activities and financially benefitting from them.

It is illegal under the Sexual Offences Act 1956 to manage a brothel. It is also illegal to be a tenant and permit the use of the premises for the purposes of prostitution. Any financial benefit obtained from such activities amounts to criminal property under the Proceeds of Crime Act 2002.

In September 2018, after concerns were raised, Exeter detectives conducted a safeguarding visit at an address in the city being leased by Kalay. Officers located two females from Thailand, one of whom had arrived in the country a few days before. The females denied involvement in prostitution claiming instead to be on holiday, and there was no evidence of coercion or intimidation against them.

During 2019, officers built a case against the defendants including extensive financial enquiries and contact with the Adult Services Website, Adultwork.com, where Kalay advertised her premises for rent to registered members, who themselves were advertising their sexual services.

In November 2019, the police received a 999 call from a woman claiming that a male had broken into her flat – which officers subsequently uncovered was being sub-let by Kalay in a false name – in Exeter demanding sex and had taken her money. Police attended and found two women from Thailand who claimed to be students. Subsequent enquiries with Adultwork.com found that the women were registered members offering sexual services.

Follow-up enquiries with Exeter City Council identified that the person registered for Council Tax at the flat was Kalay, using a false name, ‘Lucy Sumner’.

In February 2020, the owners of a flat in Torquay being leased to Kalay contacted police after they had encountered four East European females in matching dressing gowns at the address and became concerned, while neighbours had reported a “continual stream” of male visitors at the flat. Subsequent enquiries with Torbay Council identified that the person registered for Council Tax was Kalay, using a false name, ‘Emre Rana’.

Evidence revealed that Kalay and Christian also provided false references to facilitate tenancies at a number of the premises they subsequently ran as brothels.

Financial enquiries revealed that Kalay, Christian and Stockwell held multiple bank accounts which had received hundreds of unexplained credits, including from some of the women police spoke to at the brothels.

In early March 2020, the owners of a house in Exeter leased to Kalay, contacted the police following reports from neighbours that the address was being used as a brothel. One resident told officers she was “frightened” to go outside because “queues of men” were outside her house on a Sunday afternoon, and families were afraid to let their children out.

On 4 March 2020 officers from the South Devon Proactive Policing Team, supported by Local Neighbourhood Teams, the Force Support Group and a specialist officer from The Financial Investigation Unit executed a number of search warrants in Torquay and Exeter including at the home addresses of the three defendants where they were located and arrested.

The search warrants in Exeter identified two active brothels. Officers spoke with women from Thailand and Romania who admitted to being sex workers and who were registered members of Adultwork.com. Evidence directly linked to Kalay, Christian and Stockwell was recovered at the addresses.

Detective Inspector Mike Jones, Senior Investigating Officer, said: “The investigation began as a people trafficking and sexual exploitation case and this remained at the forefront of our decision making throughout.

“It was our priority to engage with and gain the trust of the sex workers we located and to ensure they were not the victims of exploitation. Our starting point is that we do not criminalise anyone for being a sex worker. The focus of our activity is to protect people and target those who exploit or cause harm to others”.

“Along with partner organisations, we are able to offer a wide range of assistance where an individual is identified as being trafficked, exploited or coerced and we would ask the public to be vigilant and report any concerns where such activities are suspected”

Police Staff Investigator, Paul Manifield, said: “The investigation evidenced that Edwina Kalay was the ‘business manager’ and was assisted by her son Richard Christian, firstly in obtaining tenancies, then sub-letting them, for use as brothels.

“During the time they held the tenancies, both would regularly attend the premises collecting rent in cash from the sex workers, as well as receiving credits directly into their personal bank accounts. Additionally, they ensured the cleaning was done and basic facilities were provided.

“Michael Stockwell played a lesser role but was seen by the police at one address and allowed his bank accounts to be used to launder money, knowing that it originated from prostitution.

“The 2014 court case in Oxford involved Edwina Kalay being present at a brothel and taking a cut of the money earned by the sex workers. Text messages located on her phone seized in March 2020 detailed a new business model which involved sub-letting premises for the purposes of prostitution, which she thought would distance her from any crimes.

“This was undermined by a booking diary located at her home address which showed her actively managing the sex workers, including moving them between premises to maximise occupancy and improve profits. On one occasion she attempted to facilitate the paid participation of two females at a sex party at one of her brothels.

“Additionally, the text messages, particularly those between Kalay and Christian, showed an obvious contempt they both felt for the people they were sub-letting to. Messages included threats and derogatory comments to the women about the sexual services they provided when they complained about the facilities, or were struggling to pay the rent when ‘business’ was quiet.

“Key evidence was obtained from a specialist officer from Avon and Somerset Police setting out that the methodology used by Kalay and Christian amounted to the management of the brothels, and we are grateful for this assistance.”

Detective Inspector Mike Jones, added: “The final phase of the investigation relates to the confiscation of assets held by the defendants and this will be completed by the Financial Investigation Unit based in Exeter in conjunction with the Crown Prosecution Service.

“It is clear that obtaining a Restraint Order covering the contents of bank accounts, a house and a number of cars prior to the arrests, was crucial in ensuring that, as well as the sentences received at court today, the defendants will have assets available to satisfy any Confiscation Order the court may impose in due course.”