Flash floods struck a number of Devon towns on Thursday afternoon – the second time this month that the weather has caused significant disruption.

Earlier in August, Barnstaple and parts of North Devon were hit. Now it’s the turn of the south of the county. In Exmouth, the town’s Magnolia Centre Co-op closed for a while to mop up. In Torquay, several streets had major issues. In the short video here, a wheelie bin sets off on a short and wet journey down.

Roads around Countess Wear and Topsham Road in Exeter have large pools of surface water, as do parts of the M5 and A30 near the city. Dawlish, Teignmouth and Paignton also reported issues.

Anyone lost their bin in #Torquay? 🤣 It’s having a wheelie good time down the road… pic.twitter.com/9gU5nyXFUb 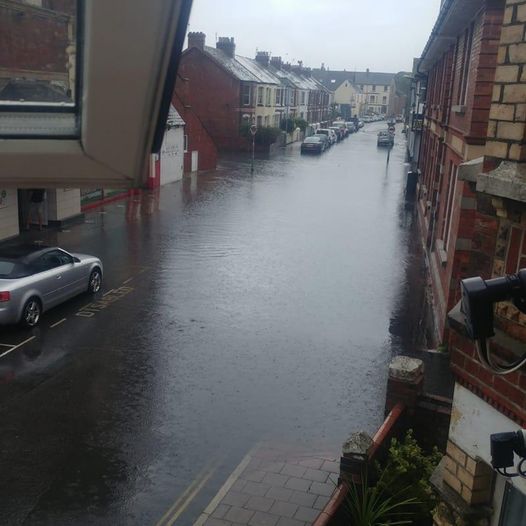