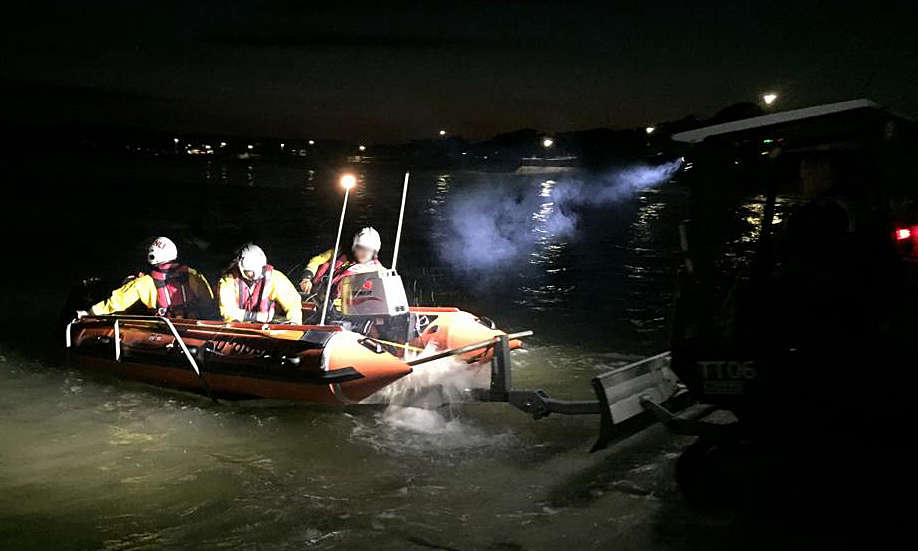 Engine had fallen into Exe

A man who accidentally dropped the outboard motor of his tender into the River Exe on Thursday night caused a bit of a scare when he couldn’t alert people to the reason he was late getting back.

That led to a call to the coastguard, and Exmouth’s inshore lifeboat heading to search his planned route from the Exe Estuary to Teignmouth.

The 26-feet vessel was reported overdue around 9.30 p.m. on Thursday. Exmouth’s RNLI crew were on their way within quarter of an hour of the call and located the vessel off Starcross.

The man, who was on his own on board, had lost the tender’s motor in the Exe whilst transferring from the yacht and he had no means of communication.

The lifeboat crew ascertained that he was well, didn’t require medical attention and took him to the safety of land at Starcross Pier at 10.10pm that evening.

Helm David Preece said: “When on the water it is so important to ensure that you have appropriate safety equipment at all times, including a lifejacket and efficient means of communication, as well as checking the weather and tides. We were pleased to be of assistance on this occasion and ensure the incident ended safely.”

The lifesavers returned to Exmouth RNLI lifeboat station where the lifeboat was made ready for service a short time later.