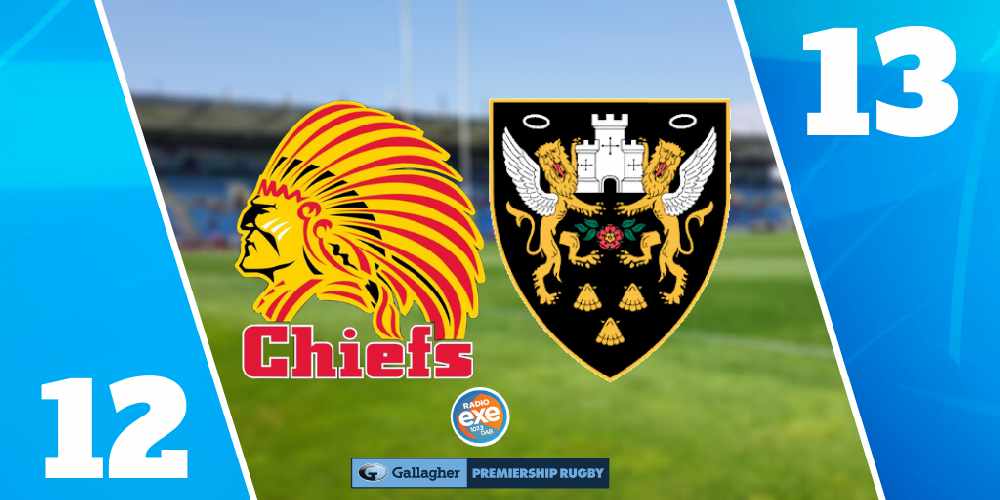 Exeter Chiefs missed the chance to leapfrog west country rivals Bristol Bears and regain top stop in the Gallagher Premiership after falling to a narrow 12-13 defeat against Northampton Saints at Sandy Park.

Chiefs relied on a mixture of youth and experience to try and inflict Saints’ first league defeat since December, but the European Champions were beaten on their own turf by an in-form Northampton side who are now just four points behind Devon’s finest.

Chiefs’ academy graduate Harvey Skinner, who replaced the injured Joe Simmonds, was given a rare start at fly-half, whilst Scotland captain Stuart Hogg was als named in the starting 15 despite playing in the Six Nations last week. However, neither player could showcase their glamouring talents inside a sluggish first half.

The hosts started firmly on the back foot – and to the annoyance of the coaching staff, Exeter uncharacteristically gave away four early penalties, which ultimately led to Saints scoring the first converted try of the game inside 10 minutes.

The defending Premiership champions struggled to maintain possession, predominantly due to the windy conditions effecting their passes, but they eventually put some points on the board on the half hour mark. Captain Jack Yeandel crashed over from close range; Skinner slotted the conversion in front of the posts. A hard-fought opening period ended: Exeter 7 Northampton 7

The Chiefs began the second half much better than they did in the first. Baxter’s side set camp deep inside Northampton’s half – and sustained pressure on the visitors 5 metre line resulted in George Furbank receiving a yellow card – but Exeter couldn’t capitalise with the extra man.

With just ten minutes to play in the contest, Saints successfully kicked two penalties in front of the posts to give them a convincing six-point lead.

Chiefs battled hard for the winning try late on and dramatically got it through Sam Skinner. With the clock in the red zone, replacement Joe Simmonds needed to kick the conversion to win the game – but he took too long in his run up according to the referee and a Northampton player kicked the ball off his tee.