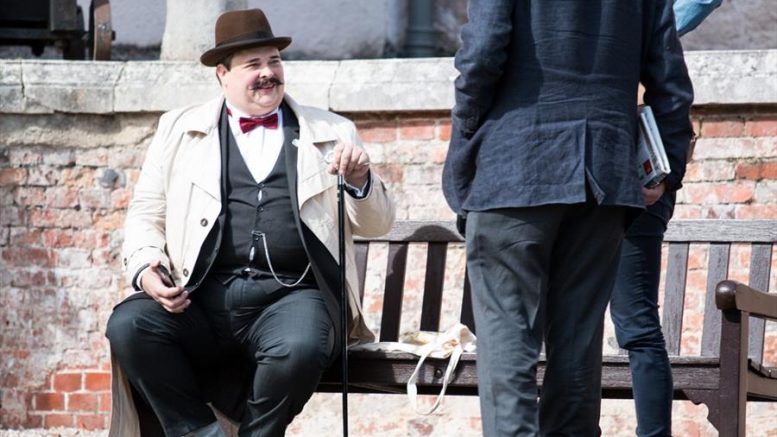 Agatha Christie was born, grew up, and returned to Torquay and South Devon throughout her life. During the First World War she trained  as a nurse in the  soldiers’ hospital housed at Torquay Town Hall. She completed the writing of her first novel in 1916 at the Moorlands Hotel near Haytor on the edge of Dartmoor. In 1938 she and her husband Max Mallowan bought the estate of Greenway near Kingswear, which remained her beloved family retreat with its idyllic prospect overlooking the River Dart. 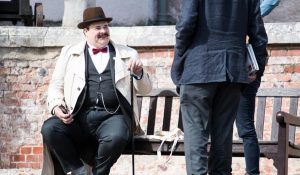 Thousands of visitors come to South Devon every year to visit the places that inspired Agatha Christie’s books and imagination.

Torquay in the late nineteenth and early twentieth century was a small town that brought many of the great minds and inventors of the day. They came  to visit its temperate climate, outstanding coastline, as well as its sites of renowned geological significance.

Writers such as Rudyard Kipling, Oscar Wilde, Elizabeth Barrett Browning, Henry James, the visionary modern dancer Isadora Duncan, as well as the pioneering mathematician and inventor Oliver Heaviside, were just some of the figures that had visited and lived in Torquay during the time that Agatha Christie was growing up and writing her first stories. It is with this in mind and the distant horizons that she travelled across her own life, such as to the archaeological sites of ancient Mesopotamian civilizations in Iraq and Syria from the 1930s to the 1950s as recounted in her book “Come, Tell Me How You Live” (published in 1946), that IACF has begun an ongoing investigation and reflection of stories hidden near and far, to inspire imaginations and the different possibilities of literature  – whether in music, film, visual arts and dance – shared across our own diverse cultures and histories.

With both a year-round programme of artist and writer residencies, commissions and collaborative projects, including working with health, cultural tourism and education partners, as well as its biennial 5-day September festival event, International Agatha Christie Festival works to nurture creativity, cultural excellence and diversity through artistic programmes in Torbay, across the UK and internationally.

Be the first to comment on "The International Agatha Christie Festival"