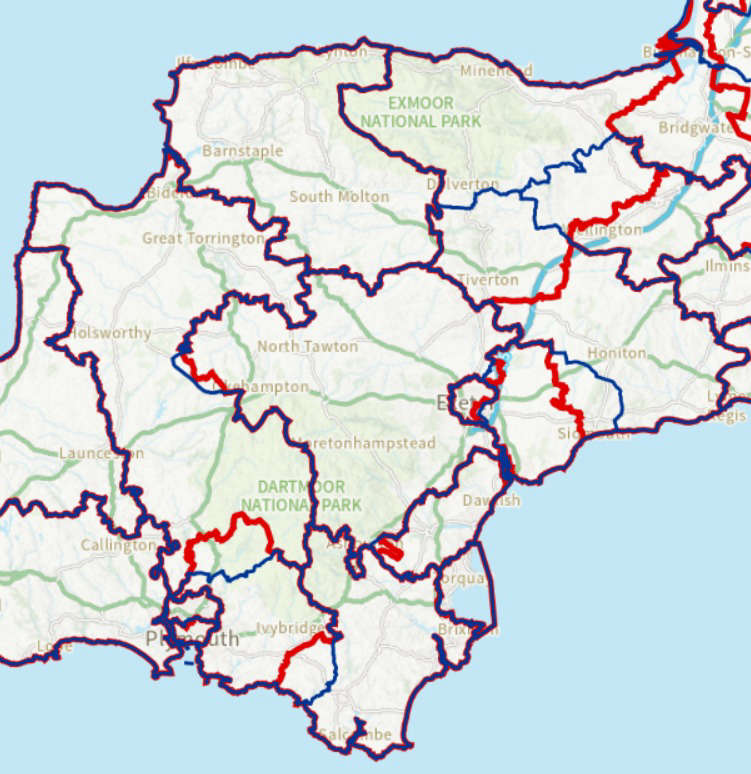 Proposals to make it a baker’s dozen

Public hearings will be held in Exeter next week about major new changes planned for general election boundaries across the south west.

Initial proposals were published for the new parliamentary constituencies by the Boundary Commission for England (BCE) last year, and they could be in place before the next general election, currently scheduled for 2024.

The south west has been allocated 58 constituencies – an increase of three. It includes an extra seat in Devon – a cross-county division including parts of Somerset.

However, a previous suggestion of a “Devonwall” constituency which would straddle the border between Devon and Cornwall has been scrapped.

Torridge and West Devon would be renamed Torridge and Tavistock, while in Plymouth the proposal divides the Peverell ward between the Plymouth Sutton & Devonport and Plymouth Moor View constituencies.

The changes would leave Devon with 13 MPs – up one on the existing 12 – although one would be split across Devon and Somerset.

Following the first round of consultation last summer, which received over 34,000 responses, a second round is now open until Monday 4 April.

During this stage, people can provide feedback on the proposed new boundaries via the consultation website, www.bcereviews.org.uk, by email or letter, or in person during a public hearing – the only ones in Devon are being held in Exeter. 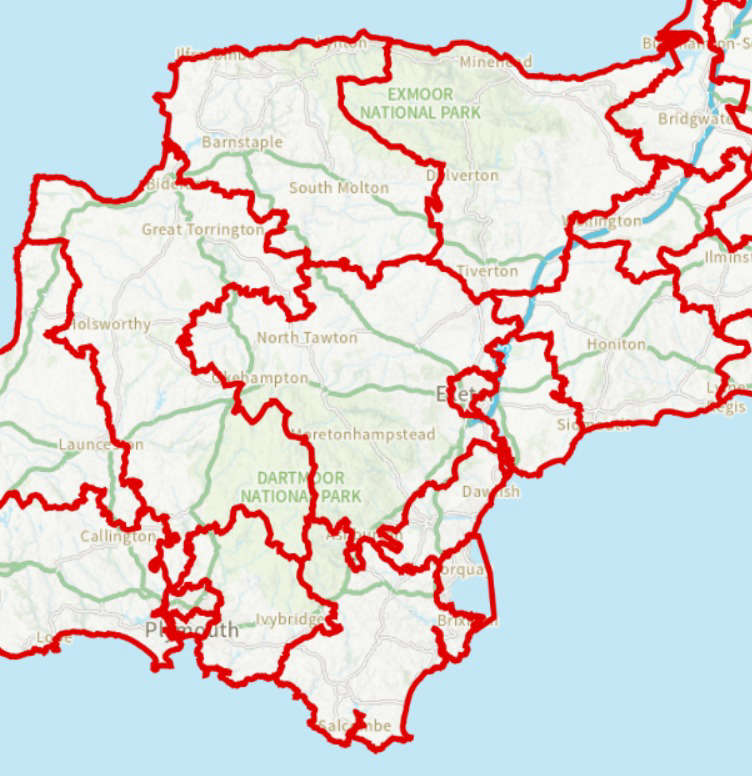 The proposed changes will keep the number of seats in the House of Commons at 650 – but England’s number of constituencies will increase from 533 to 543. This is to make representation more equal and limit seats to populations of between 69,724 and 77,062.

Secretary to the Boundary Commission for England, Tim Bowden, said: “The 2023 Boundary Review will rebalance the number of electors represented by each MP. It’s important that the constituencies we shape reflect your local community as best as possible.

“We received over 34,000 responses during our first consultation last year which are available online for the public to read and comment on. We’re inviting more people to have their say in our current secondary consultation, which is open now until 4 April.

“Help us to get our proposals right for your area by telling us your views via bcereviews.org.uk, or at a public hearing in your region. We’re looking forward to hearing your feedback, and we take every response into account during our review of constituency boundaries.

A final four-week consultation will be held towards the end of the year, with the final report being submitted in June 2023.

The next general election can be held no later than 2 May 2024 under the fixed term parliaments act. Parliament can vote for an earlier election if two-thirds agree to it, which happened in 2017 and 2019, or if if a motion of no confidence is passed in the government and no alternative is confirmed within 14 days.

A detailed map of proposed changes can be found here: https://www.bcereviews.org.uk/node/6489]