For the first time in Exeter Chiefs’ illustrious history, they’ve booked themselves a spot in the European Champions Cup semi-final after beating Northampton 38-15 at Sandy Park.

Exeter, who remain unbeaten in the competition this season, will face Toulouse next week – and they’ll have the home advantage.

Rob Baxter’s side have been criticized in recent years for not conquering Europe – but this year, they look the real deal. Big players. Big performances. Big ambitions.

Northampton were Chiefs’ latest victims in their European journey – and they were made to work extremely hard for the historic win.

The first half wasn’t as one sided any many expected it to be, Northampton came out fighting and made Exeter uncomfortable.

Saints’ Dan Bigger opened the scoring with a penalty Infront of the posts to give Northampton the lead.

Chiefs were firmly on the back foot for the opening 15 minutes – and somewhat fortunate not to be further behind – but a moment of individual excellence from Henry Slade inspired a fightback. The silky England international tip toed his way past a number of Saints’ defenders before offloading to Jack Maunder who touched down under the posts.

The forwards win a scrum against the head with a massive shove, then Henry Slade adds a bit of class in the back-line 😍

Northampton reduced the deficit before the break with a try from Teimana Harrison – but Exeter led 14-10 at half time.

Exeter looked lackluster in the first half, but they really turned on the style in the second period.

Jack Nowell scored one of Exeter’s solo tries of the season with a superb 30-yard run. The 27-year-old sublimely weaved his way past three Saints defenders before dotting the ball down under the posts.

Johnny Hill and Vermeulen both scored tries, either side of a Joe Simmonds penalty, to take the game well out of Northampton’s reach.

A scintillating second half display from Exeter has earned them a place in the European Champions Cup semi-final, for the first time in the club’s history. They’ll face Toulouse next week at Sandy Park. 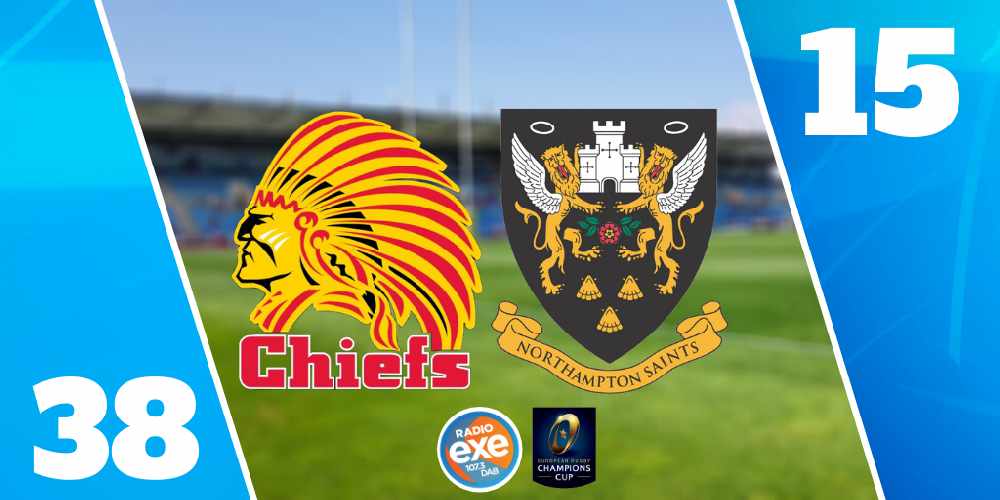 City bag a point in a two-all draw

Snow wardens at the ready