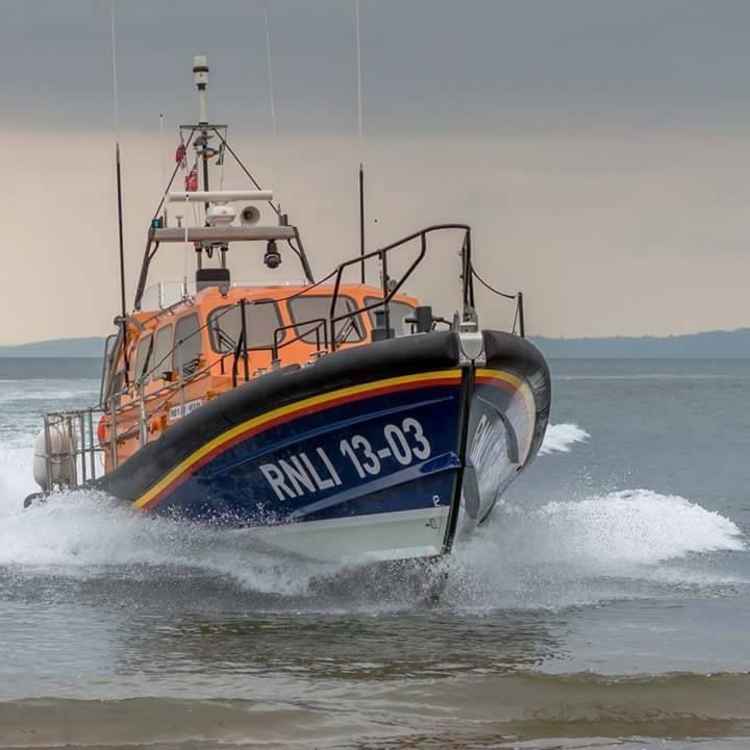 A man who abandoned his fishing boat after it started to sink six miles south of the Devon coast has been rescued by Exmouth’s all weather lifeboat crew.

The coastguard alerted the town’s RNLI to the situation in Lyme Bay, south from Budleigh Salterton around midday on Friday.

The man had taken to a life-raft after his 40-foot fishing boat started taking on water.

As the lifeboat made its way to the scene, a local safety vessel, the Smit-Cerne, discovered the casualty and gave assistance, taking him on board their boat until the RNLI crew arrived.

An coastguard rescue helicopter which was on its way was stood down once it was established the man was safe.

He was transferred from the Smit-Cerne to the all-weather lifeboat, and he, along with his life-raft back to Exmouth Marina.  The fishing boat sank without trace.

Apart from being wet and cold, the casualty was uninjured and did not require medical treatment.

Exmouth RNLI coxswain Steve Hockings-Thompson said: “This rescue was a very serious situation where, were it not for the crew member having proper emergency equipment such as a life-raft and proper means of communication, the outcome could have been far worse. I am grateful to the crew of Smit-Cerne and very pleased we were able to bring this emergency to a swift, safe and satisfactory conclusion.”

By 2pm the lifeboat was back at its base ready for the next shout.

First a bomb, now a grenade