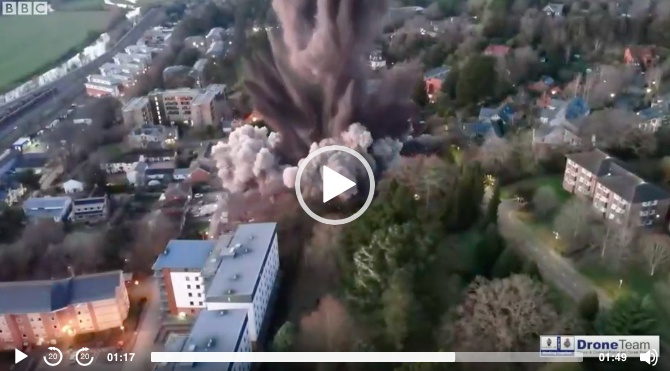 Just weeks after an unexploded Second World Two bomb was uncovered in Exeter, a suspected grenade has been found on the outskirts of the city.

A 100-metre cordon was put in place at the scene and the Royal Navy bomb disposal team attended. They took the device away to a safe location where it will be destroyed.

Road closures were lifted at around 4.05 p.m., around two hours after police were alerted.

That’s a very different outcome to the bomb near the Exeter University campus. Hundreds of people, mainly students, are yet to return to their accommodation, some of which has structural damage, after the army conducted a controlled explosion that could be heard for miles around Exeter.