Proposals that could see huge swathes of development across the Devon countryside have been slammed as a “dreadful assault on Devon.”

Teignbridge District Council’s overview and scrutiny committee has discussed a draft document for the Greater Exeter Strategic Plan, which will provide the overall strategy and level of housing and employment land required across Exeter, East Devon, Mid Devon and Teignbridge up to 2040.

The committee recommended to next Tuesday’s executive meeting that Teignbridge agrees to consult on the document, but some councillors were angry at the “all-out attack” on the area. But senior officials said that the housing targets would still be foisted on the district irrespective of whether Teignbridge was part of the GESP or not, and that being a part of it could reduce the 760 new homes a year required to be built inside the boundaries of the authority.

As well as outlining policies for how development should take place, it includes 39 sites where major housing or employment land could be allocated, although not all of the sites will be taken forward to the final version of the GESP.

Cllr Gary Taylor, portfolio holder for planning, said the sites in Teignbridge would allocate 5,250 homes, with the majority in and around South West Exeter, with two sites in Newton Abbot, to the west of Houghton Barton and to the south of Wolborough. But Cllr Liam Mullone, leader of the Newton Says No group, said that the GESP was an unmitigated catastrophe for everyone involved and for the environment and hoped that East Devon’s new administration when they debate the document do pull out of it.

Cllr Richard Daws added: “The GESP is a plan that was dreamt up in a pre-covid world. It was ill thought out and does not represent the very best interests of the residents. The purpose of it is to shoulder the weight of Exeter’s ambitious growth targets – more ambitious than China’s – and for those housing to be foisted onto Exeter, East Devon and Mid Devon.

“I cannot see it is in the best interest of the residents and the district deserved a better plan that builds the right houses in the right location. I would implore Teignbridge to recognise and set about a plan once the initial pandemic has settled down and we understand the new situation and one that halts the dreadful assault of Devon over the last ten years.”

Cllr Mike Hocking said that he was ‘in the awkward position’ of agreeing with Newton Says No over something. He added: “I have always been worried that Teignbridge will have something imposed on it that Teignbridge doesn’t want or need and that has been proved correct. Newton Abbot has been singled out for a huge development to bolt onto the Houghton Barton and we cannot take anymore houses.

“We should not accept any more houses other than what is already in the plan. We are at saturation point and I shall be voting against this. It is ill thought out, ill prepared, and not wanted.”

But Cllr Taylor said that the GESP doesn’t mean any more homes would be needed if the council weren’t part of GESP, with Cllr Jackie Hook added: “Whether or not we are part of GESP, the Government is demanding that we build houses. Teignbridge and its environmental situation and constraints are recognised in the GESP team, so the chances are, Teignbridge doesn’t have to take the full 760 homes each year and they could be built elsewhere. Given those facts, why would you not want be a part of GESP?”

Michelle Luscombe, principal planning policy officer, added: “Exeter does have a very ambitious brownfield regeneration plan for 12,000 houses in the area, and the whole premise is that people and places don’t stop at geographical boundaries and Teignbridge has fewer sites due to our constraints and sensitivities. We do have a high housing need and if we went on our own or collectively, we will have to meet that need, and we feel the best way to do it is strategically across the region to get the infrastructure and the funding.”

The overview and scrutiny committee recommended to next Tuesday’s executive meeting that Teignbridge does go ahead and take part in the consultation, with three councillors voting against.

Exeter City Council has already approved going to consultation, and subject to approval by East Devon, Mid Devon and Teignbridge councils, the eight week consultation will take place between September 21 and November 16, with the responses feeding into a recommendations over which sites to take forward.

It comes as Cllr Claire Wright, who represents the Otter Valley ward on Devon County Council has expressed her concerns over the plans to build thousands of homes in the East Devon countryside, with the areas around Clyst St Mary, Feniton, Whimple, Cranbrook, and Hill Barton slated for development.

She said: “Ministers have theorised that the more houses that are built the more that prices will be brought down… so each planning authority is instructed to apply a percentage increase to the ONS figures, based on people’s average incomes versus average house prices.

“In East Devon this gap has historically been very wide, so, East Devon District Council has had a comparatively high affordability uplift applied. This might sound sensible except that the theory is surely flawed.  I have not seen a shred of evidence that building lots of houses brings down prices. It simply makes more money for landowners and developers.

“As yet, affordable housing ratios have not been agreed and will emerge through the consultation process, assuming the document is approved for consultation in each authority. We need more housing, especially social housing, but what so often happens with these sorts of plans is that the intention is there by the planning authority, but the reality differs once developers use national planning policy loopholes to their advantage and claim the scheme is unviable once they are granted consent by the cash strapped planning authority.

“For employment land there is acknowledgement that there are long term vacancies at many existing sites, such as at Skypark, near Exeter Airport, which is barely developed despite being heavily marketed as a flagship business park for years If Skypark can’t attract occupants, with its J30/M5 prime location, how can less prominent allocations possibly?

“The employment land policy doesn’t take account of home working (especially now), online working or the change in working practices over recent years. Or that many people do not work in business parks or industrial estates in any case.  It’s blindingly obvious that the ‘employment land’ planning model is outdated and outmoded. And seems little more than a vehicle for many landowners to increase the price of their fields with an eye on the ultimate prize of housing.”

The GESP allocates 39 sites for development, although not all sites will be included in the final document. While 63,912 homes are required over the life of the plan, existing planning commitments – either unbuilt homes with planning permission or sites in local plans – amount to about 33,390 homes.

The GESP proposes that about 18,500 of the homes are provided on strategic scale GESP allocations, with 12,000 to be allocated on smaller sites via local plan reviews and also potentially in neighbourhood development plans. 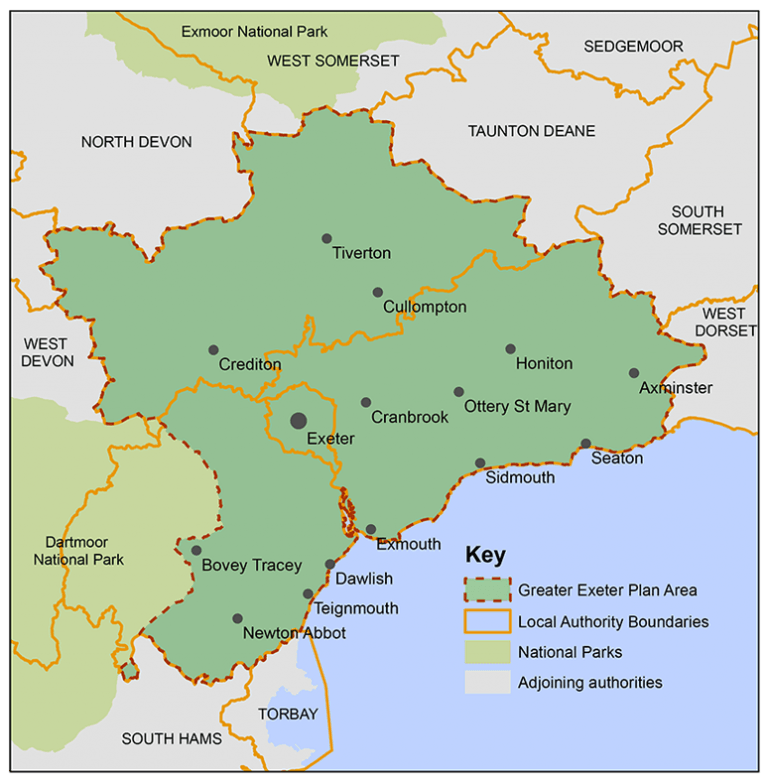 Should we be celebrating Sir Francis Drake?