A week of peaceful protest by climate change protestors continued in Exeter on Thursday as supporters of Extinction Rebellion descended on the national headquarters of the Met Office.

The campus at Exeter Business Park is home to some of the UK’s leading climate scientists. But it’s just ofd the main A30 Exeter to Honiton Road and the campaigners, who aren’t very fond of cars, caused traffic chaos as they headed to the site.

Some wore Boris Johnson, Michael Gove and Priti Patel facemasks – and not as a precaution against spreading coronavirus. They stuck their fingers in their ears, and suggested that the government wasn’t telling the truth about climate change.

Over the past week, the group has placed banners on bridges around the Exeter area to remind drivers that their vehicles use fossil fuels, and that’s contributing to climate change. 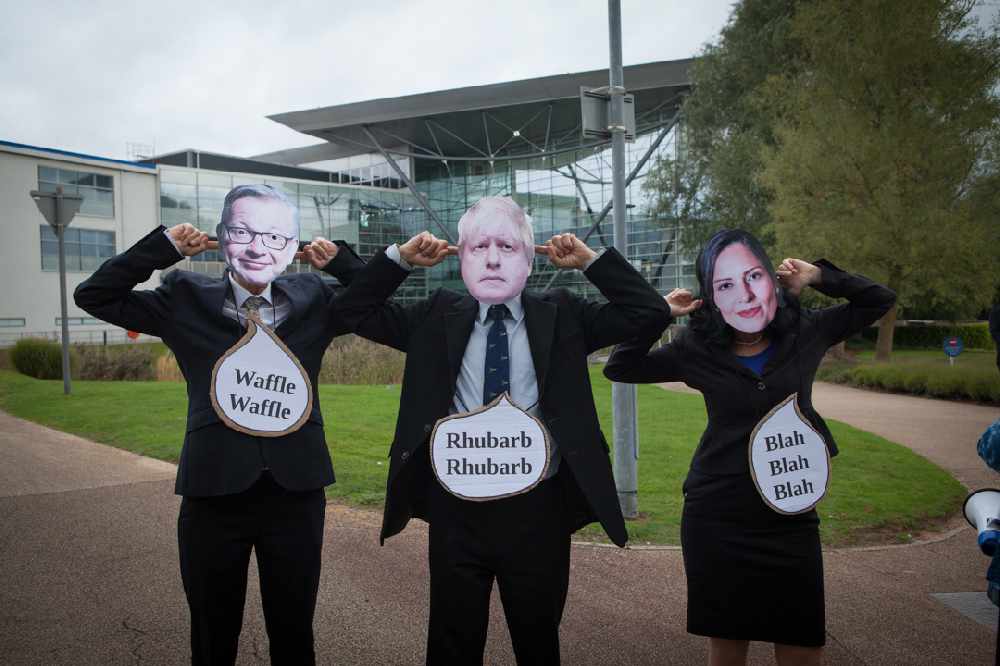