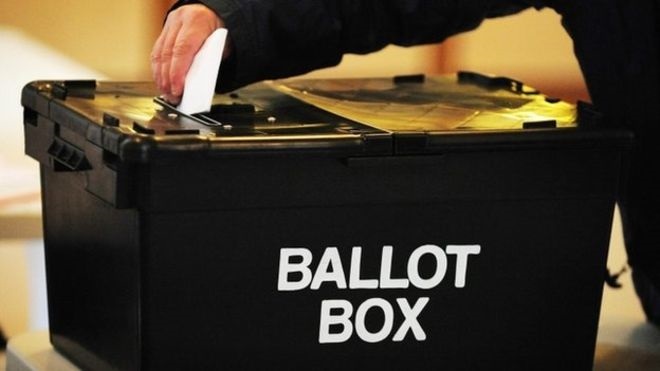 A small group of Exeter councillors who represent different parties or none and who collectively call themselves the Progressive Group have asked the city council to move to a system of proportional representation for electing councillors in future.

The sole Green, sole independent and two Lib Dems want the council to ditch the traditional first-past-the-post system so that seats are divvied up proportionately to parties based on their share of the overall vote.

The first past the post system traditionally favours established larger parties. Proportional representation can mean that small groups win seats, which in some countries has led to extremist parties gaining a greater share of voice and in other places more frequent elections as governments become deadlocked.

Cllr Diana Moore, Green councillor for St David’s ward, said: “I urge all members to support reform of our electoral system for local elections so that all votes matter and all votes count. This will send a clear message to the government that any plans to reorganise local government must include the introduction of a fairer voting system.

Cllr Kevin Mitchell, leader of the Progressive group and a Liberal Democrat councillor in St James and Duryard ward, added: “Proportional representation has been shown to result in higher turnout in elections, lower income inequality, higher social expenditure, more effective action on climate change, and improved satisfaction with governance. This is not only a matter of making elections fairer; it’s about creating a more just society.”

Exeter City Council, in which the Labour Party has 28 of the current 38 councillors, six members are Conservatives and there is one vacancy, has rejected the proposal by the four Progressives.

The Green’s Diana Moore seemed surprised that the larger parties don’t want to vote for a system that would see fewer of them being elected. She said: “We know the Tories are opposed to anything but our unfair First-Past-the-Post (FPTP) electoral system, but it was shocking to see the Labour leader block debate on our motion by preventing Labour councillors expressing their views. At least 54 other Constituency Labour Parties in the UK have passed motions backing PR and Cllr Bialyk himself acknowledged there is strong support amongst Labour members and voters for electoral reform.

“Clearly, Exeter City Council doesn’t have powers to introduce such a system by itself, but as our motion pointed out this was a chance to indicate support for PR for local elections by backing a straightforward call for reform. We made clear that the reason for raising this now is the proposed white paper on devolution. This provides an opportunity for councils to indicate to the government that they back changing local elections to a fairer system where seats match votes.”

Exeter leader: no ‘day of freedom’