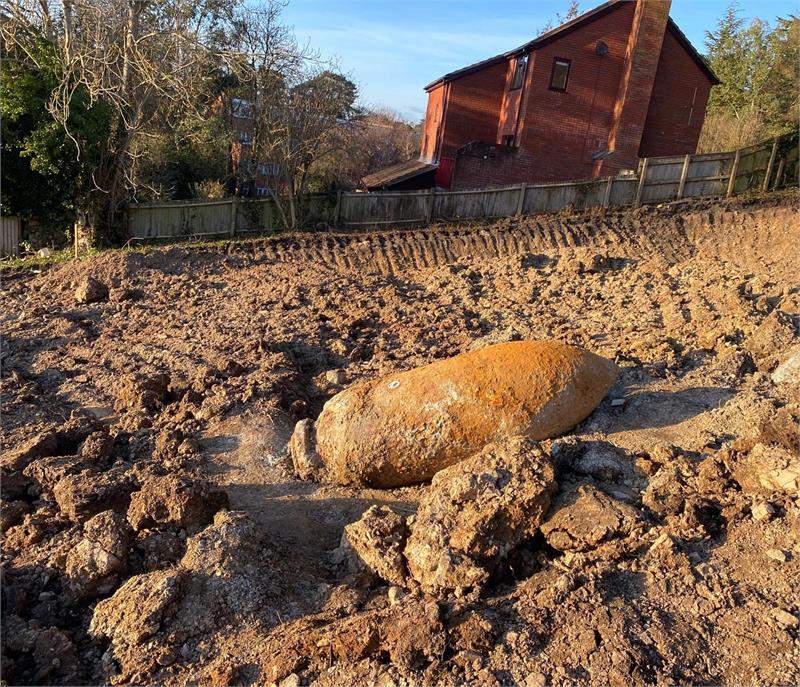 But not people in 100 metre cordon

Some residents who were evacuated from their homes in Exeter while the detonation of a World War Two bomb this weekend took place can return home.

However, people who are in the central 100-metre exclusion zone won’t be allowed back until at least Monday.

The 1,000kg ‘Hermann bomb’ – probably a remnant of the Exeter Blitz or other air raid around 1942 – was detonated at 6.10pm on Saturday. The explosion could be heard across much of the city and even in places such as Crediton. It’s left a massive crater and has damaged some nearby buildings.

Extensive and crucial safety assessment work has been ongoing since the controlled explosion. A crane removed large pieces of metal which had been used by the Ministry of Defence’s to build mitigation structure surrounding the bomb from nearby roofs

Fencing has been erected around the 100-metre exclusion zone which includes Glenthorne Road – where the bomb was located – Cowley View, Jefford House and Charleston House, all near the main Exeter University campus. 1,400 students were among the 2,400 homes evacuated. None of the students can go back on Sunday.

Any residents in the exclusion zone who are not in contact with Exeter City Council should make contact via the helpline, 0345 155 1015 which is ope from 9am in the morning.

Exeter University is communicating directly with its 1,400 halls of residence students who have been evacuated.

Any Livewest customers are asked to contact Livewest prior to returning to their homes on, 0300 123 8080.

The operation pre and post detonation involved dozens of volunteers including from Dartmoor Search and Rescue, the Coastguard, Devon & Cornwall 4×4 Response and others.

Police, Devon County Council and Exeter City Council have thanked everyone impacted for their patience and understanding.

The drone footage posted here is from the Police Alliance Drone team.