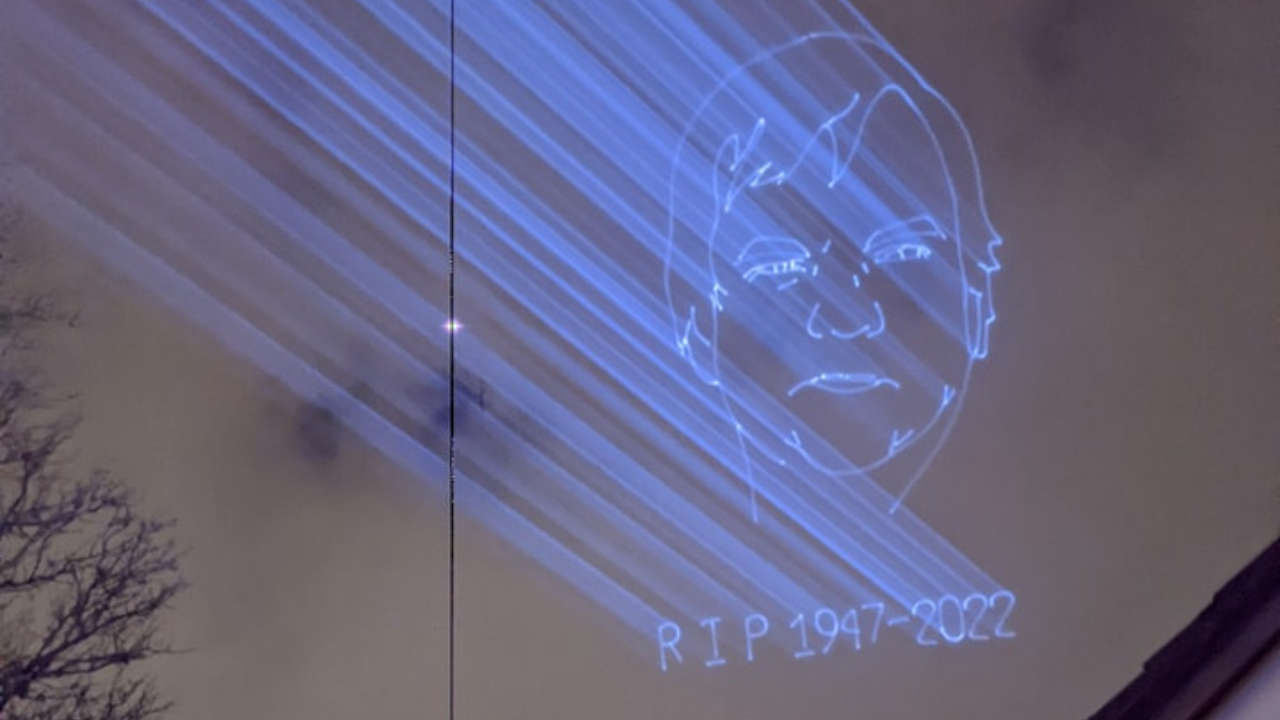 The sky illuminated with a huge laser display – digitally drawn by Lowri Keane.

Meat Loaf had a stellar career spanning six decades after shooting to fame with his powerful, wide-ranging voice. The rock veteran was among the most popular musicians of all time, selling millions of albums around the world.