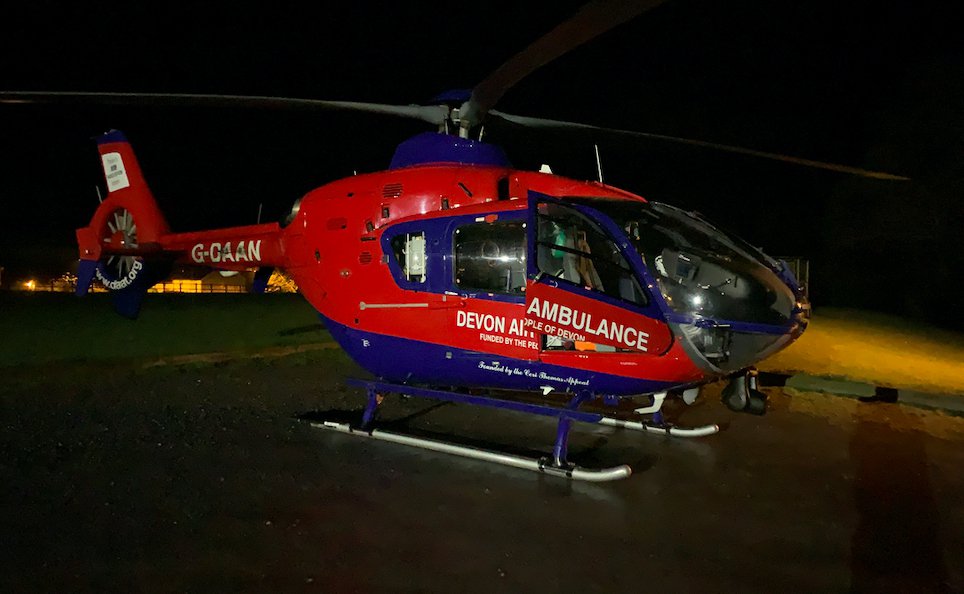 Car driver intended to cause harm

A Devon Air Ambulance has been forced to land  after being targeted by a car “aggressively flashing its headlights”.

The helicopter was undertaking a training flight between its Eggesford base in North Devon and Exeter Airport on Thursday when the driver of the car targeted the cockpit. The crew were using night vision goggles (NVGs) when they were dazzled by the car’s lights.

Devon Air Ambulance safety manager Rob Mackie says: “Whilst landing at Eaglescott, the crew saw a vehicle pull up at the airbase car park. As they lifted into the hover position to fly back to Exeter, the crew observed the car reposition itself and it began aggressively flashing its headlights directly at the aircraft.”

A statement from Devon Air Ambulance says: “Just as if a laser was shone at a pilot wearing NVGs, it causes them to flare, which effectively blinds the person wearing them.  The only safe option for the crew was to go off their NVGs and land, which they were thankfully able to do safely.
Having left the aircraft, a crew member headed towards the car but it made off at speed, without any identification being able to be made.

Mr Mackie concluded: “Laser attacks are still too common a thing with aircraft, with our colleagues at Wiltshire Air Ambulance having been targeted just a few weeks ago. However, this incident is deeply concerning for us as our airbase in North Devon is extremely remote, but also these people were watching and waiting for us, apparently with the intention of causing our crew and aircraft harm.”

DAA wants anyone who knows anything about this incident to get in contact with us by ringing 01392 466666 (office hours) or email info@daat.org.