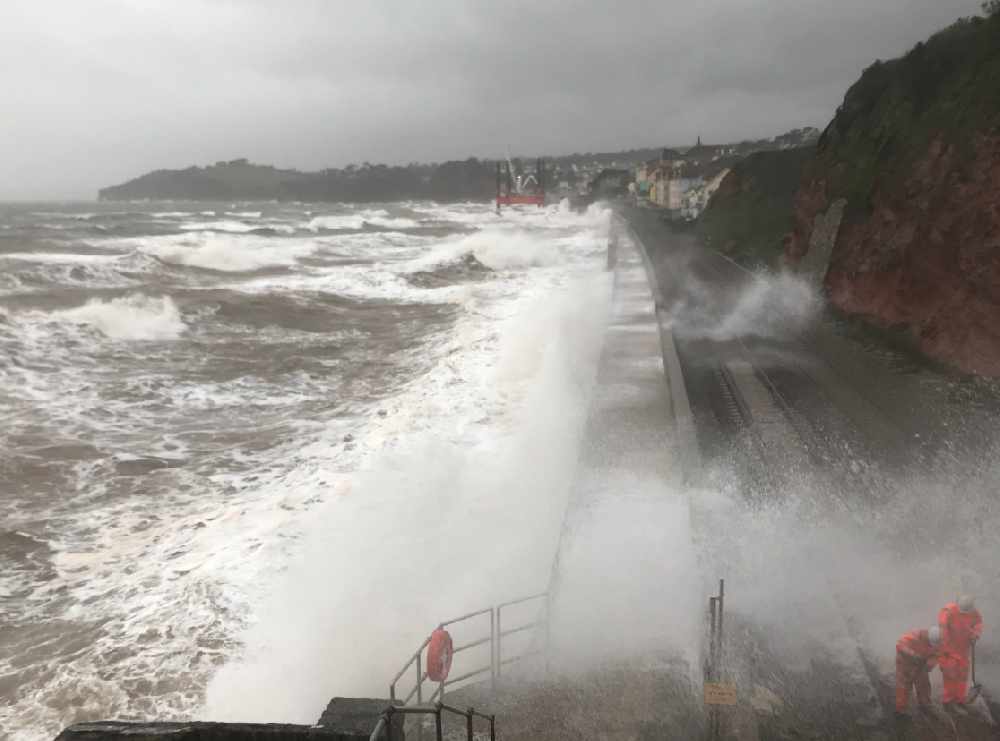 Network Rail has shared pictures of waves crashing over the Dawlish sea wall – saying it shows why the work there is so vital.

Wednesday’s wet and windy weather led to waves crashing over the existing sea wall, flooding part of the railway between the station to the Coastguard breakwater and temporarily disrupting train services.

But at the other end of Dawlish at Marine Parade, where the first phase of new sea wall is complete, the track remained unaffected and free from flooding.

The work on the second section of the new, bigger sea wall at Dawlish will provide greater protection to the railway and town from rising sea levels and extreme weather for generations to come, they say.

The plans for the section of 415 metres between Coastguards and Colonnade breakwaters, includes a new taller sea wall incorporating a high-level wider and safer public promenade, pedestrian access to the beach.

An accessible footbridge with lifts for the railway station that would allow anyone to access either platform is also included, while restoration work would take place on the rooms in the downside station platform building.

Construction of this next section of the £80 million upgrade will take around two years to complete and follows years of studies, designs and joint working between world-leading marine, coastal and railway engineering experts.

The section from Dawlish station to the Coastguard breakwater east of the station is expected to be completed in late 2021, whilst the section between the station and the Colonnade breakwater, which will link up the new wall at Marine Parade, will start to be built shortly after.

A major aspect of this work involves the use of an innovative eight-legged, self-contained walking jack-up barge, known as a ‘Wavewalker’ – which is only one of its kind in Europe and it will be the first time this type of barge has been used to maintain the UK rail network. 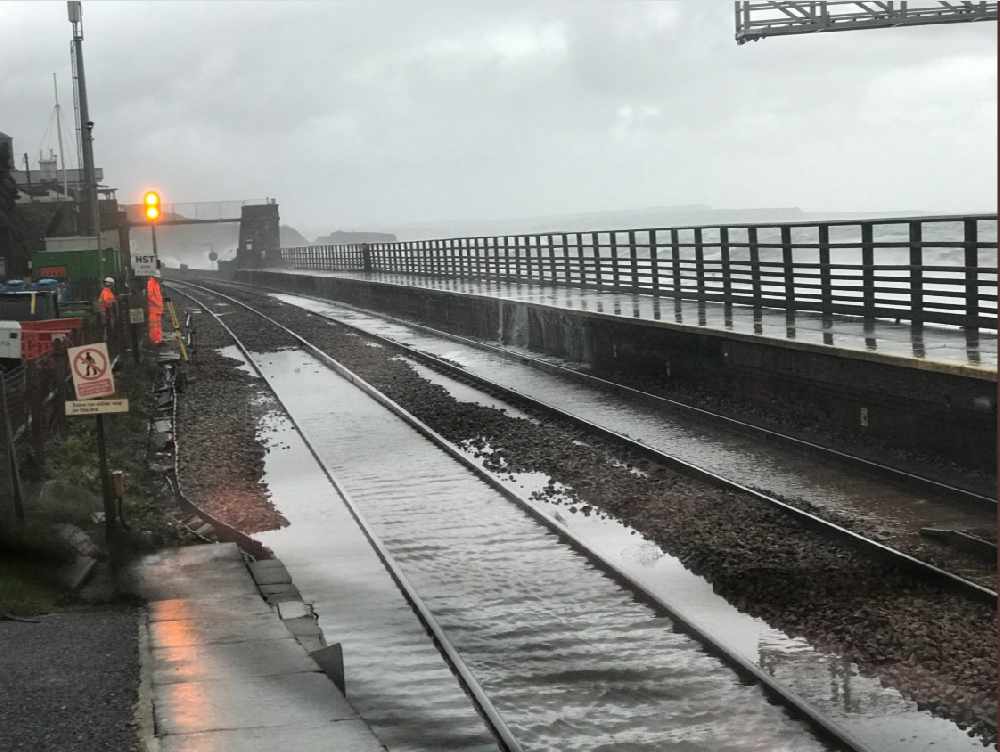