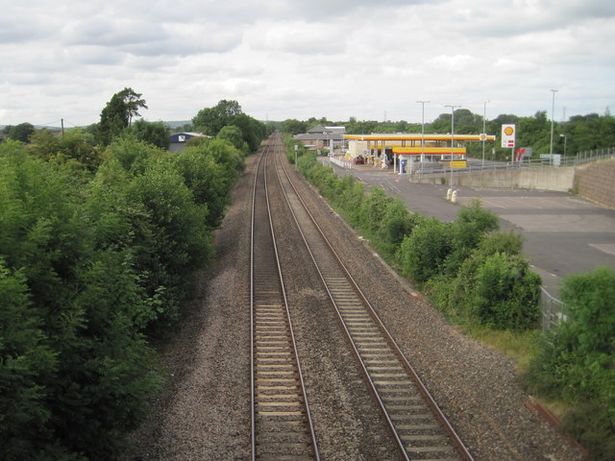 Waiting for a train to stop since 1964 (courtesy: Nigel Thompson/LDRS)

A new £16m Cullompton railway station could still be built if councillors can find the money.

There hasn’t been a station in the Mid Devon town since it was closed in the Beeching cuts in 1964 after eighty years along with Tiverton Junction, Hele and Bradninch and Silverton. The site is now a motorway service station.

But a station nearby could open as part of the “Devon Metro” plans by Devon County Council, although it is being described as a ‘possible’ long term proposal.

Last May the Department for Transport announced the reopening of Wellington and Cullompton stations had been successful as part of the Ideas Fund for projects to restore lost rail connections. Now Mid Devon District Council is being recommended to explore funding opportunities for the next stage.

A report by Jenny Clifford, head of planning, economy and regeneration, says: “For the Cullompton Station element it is estimated to cost approximately £200,000 to prepare the bid material and complete other rail industry requirements. Officers are currently investigating external funding opportunities to finance this work as part of an integrated transport approach to facilitate the delivery of the Culm Garden Village.

“The detailed capital costs of delivering a new station at Cullompton is currently unknown; however initial estimates would suggest that it would be in the order of £16 million. If the station reinstatement was supported by DfT through the New Stations Fund process the typical level of government contribution would be 75 per cent of the delivery costs. This would leave a shortfall of approximately £4 million.

The next steps are to meet with partners, senior rail officials and the DfT to raise the profile of the project and develop a bid for the New Stations Fund in the event of a fourth round being announced this year.