Winger Jack Nowell will start for the Chiefs

Exeter one match away from Euro final

Normally, Sandy Park would be rocking for a huge match, where European glory awaits, But covid restrictions means Saturday’s semi-final against French giants Toulouse will. be played behind closed doors.

It’s the Chiefs biggest European match ever, against opposition they have never faced before. It all started so long ago; last November with a bonus point victory at La Rochelle. And it’s continued with success over Sale Sharks, Glasgow Warriors and, only last week, Northampton Saints in the quarter-finals.

Director of rugby Rob Baxter acknowledges this latest fixture will provide the acid test for his team. “There is a genuine understanding amongst the players that it cannot be relief at being in a semi-final, it has to be a challenge,” he said. “It does not feel that we were relieved to get past Northampton (in the quarter-finals) and reach the semi-finals. We were relieved to get past them for different reasons, namely because we were favourites.

“There is no feeling in this club that that is enough and that the players are wearing big smiles on their faces having won the lottery. There is a feeling there is still a job to be done.

“This is a last four game in Europe, so whoever is one of the four teams is going to be pretty good,” he added. “For us, though, I think this is the kind of challenge we’ve been waiting for. That’s no disrespect to anybody else, but the players came back in great physical condition from lockdown and ready to go.

Not surprisingly, Exeter’s squad sticks with a large nucleus of the side victorious over Northampton in the quarter-final. The sole change to the starting line-up sees Scottish international come in for Jacques Vermeulen, while on the bench Dave Dennis and Don Armand are included with Jannes Kirsten the man to make way.

CHIEFS SIDE TO FACE TOULOUSE 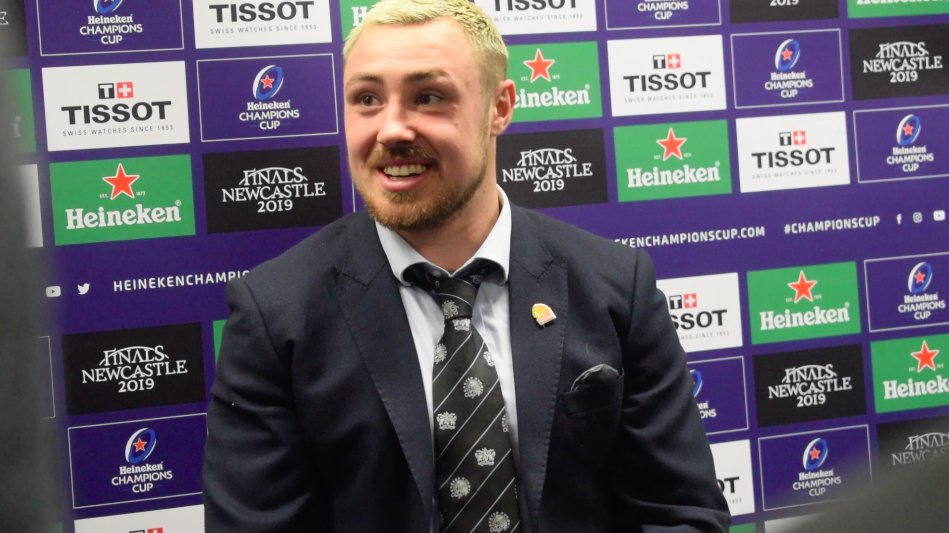