Sun comes out. So do both lifeboats.

It proved to be a busy Sunday for Exmouth’s RNLI with missions for both of the town’s lifeboats.

Multiple 999 calls were made to the coastguard just before 2 p.m. reporting red and white flares sighted approximately between two and five miles off Orcombe Point, Exmouth. The all-weather lifeboat sped to the last reported sighting of the flares where, after a brief search, the crew located a 21-feet Colvic motor boat.

The single occupant confirmed he was the source of the emergency flares which he’s launched when his engine caught fire. He had, however, been able to put out the blaze before the RNLI reached him. The fire had resulted in the loss of all power so he was towed to safety at Brixham.

Simultaneously, numerous calls from members of the public were received by the coastguard reporting individuals in the sea some distance off Devon Cliffs Holiday Park. Exmouth’s inshore lifeboat headed west to this call to conduct a search of the area. Their help wasn’t needed. The people turned out to be swimmers who didn’t need help.

Deputy Coxswain of Exmouth RNLI’s All Weather Lifeboat, Roy Stott, said: “It’s always important for members of the public not to think twice about contacting H.M. Coastguard if they notice someone they think is in trouble on the water. In this case the coastguard was alerted numerous times to reports of flares being seen out to sea. We were fortunate enough to be able to act swiftly on that information and locate the vessel that had lost all engine and electrical power due to a fire on board. It’s always good advice when heading out to sea to ensure that you have multiple means of communication in case of emergency and myself and my crew were pleased to assist in this successful rescue.” 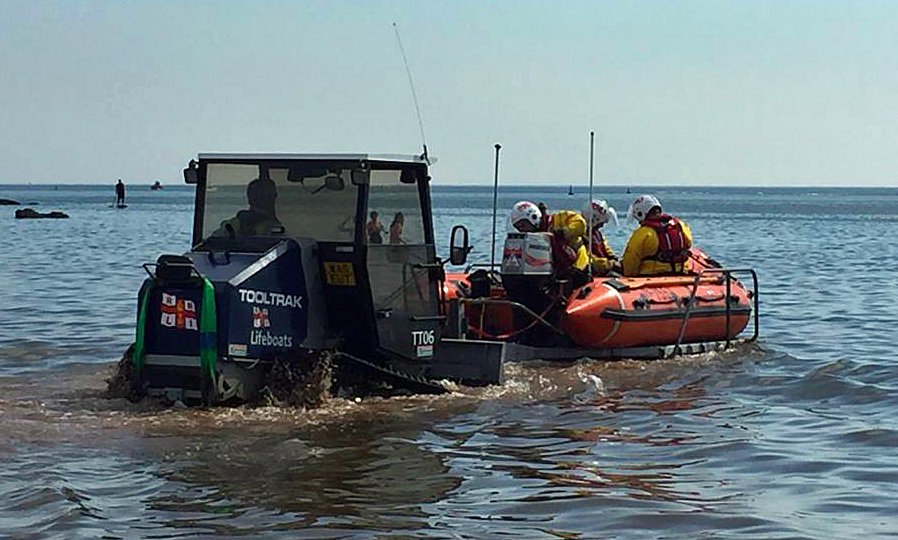 Could you outrun an ambulance?

Hurrah! Devon could get another MP