Thanks to his remote control model

10-year-old Toby Mouzouros is set on becoming a Highways Officer when he’s older. The youngster, from Plympton, first became came across the on-road support service when a traffic officer tended to him and his dad following a minor road traffic incident on the M43 last year – which made a lasting impression.

So much so, that he and his dad spent much of lockdown customising a remote-control Range Rover into a small-scale replica traffic officer vehicle. Which got high praise and a personal invite from Highways England for a trip out in the real thing once restrictions ease.

Toby said: “It’s been quite difficult not going to school, or the club, and not being able to see my friends during the lockdown. But this has been cool, a real highlight, and I can’t wait to go out for a ride-out with a Highways England traffic officer.”

Andrew Page-Dove, South-West Regional Director for Highways England, said: “It’s a fantastic model of a traffic officer vehicle, and fantastic recognition of the work of our traffic officers. It’s lovely that he’d like to consider a career as a traffic officer too – they carry out a fantastic, helpful and supportive service for all drivers on our road network – and we’d love to get him out on the road and to show him around our control room once we get the opportunity.”

Highways England’s traffic officers patrol England’s motorways and major A roads – including the M4, M5 and A30 in the south-west – to help keep traffic flowing smoothly. 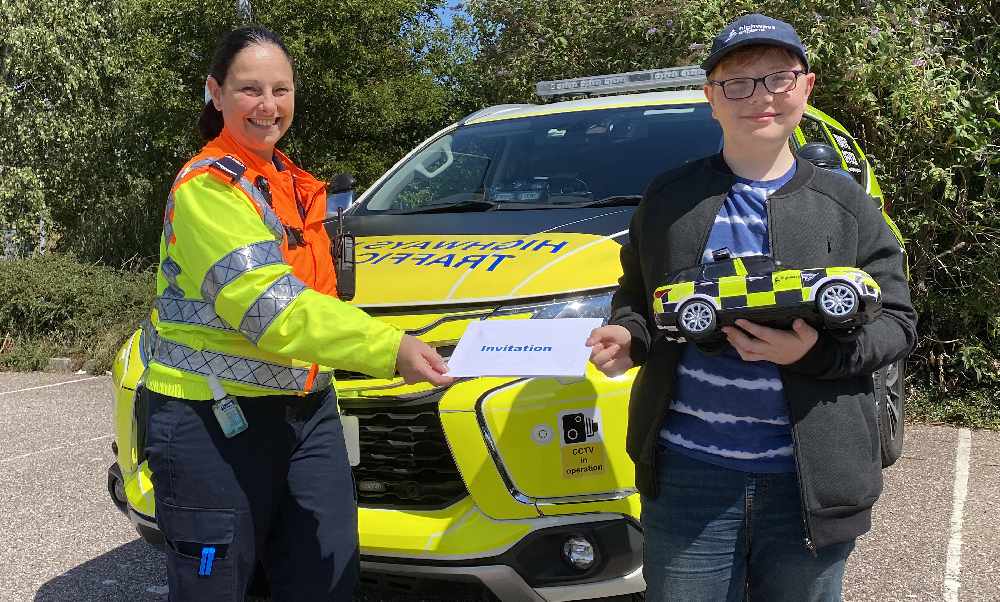