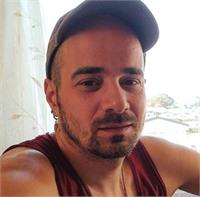 Efstathios Anthis (Stan) has been missing since March

Police were called to a suspicous object in the water

A body has been pulled from the sea off Burgh Island during a search by coastguards and the RNLI.

In a statement on social media, Kingsbridge Police said “At approximately 5pm yesterday, Falmouth Coastguard contacted police informing us of a suspicious object in the water in Bigbury Bay.

“RNLI lifeguards attended and with the assistance of Hope Cove Lifeboat, a body was recovered from the water.

“No formal identification has taken place but the family of Efstathios Anthis (Stan), who went missing from Burgh Island have been made aware of the discovery.”

A police helicopter was also invovled in the search on Tuesday afternoon.

It follows an extensive search in March after a 33-year-old employee at the island’s hotel went missing.