Thunderstorms and heavy downpours have hit parts of Devon on Monday, with Barnstaple being significantly hit.

The town centre has major flooding with some roads impassable. Some cars are submerged, and drains are overflowing. Even major routes such as the A39 and A361 have floodwater in places, and considerable congestion.

Devon and Somerset Fire and Rescue dealt with numerous incidents and reminding motorists not to drive through floodwater. The police helicopter has been above Barnstaple and other parts of North Devon. They’ve reported localised flooding too. 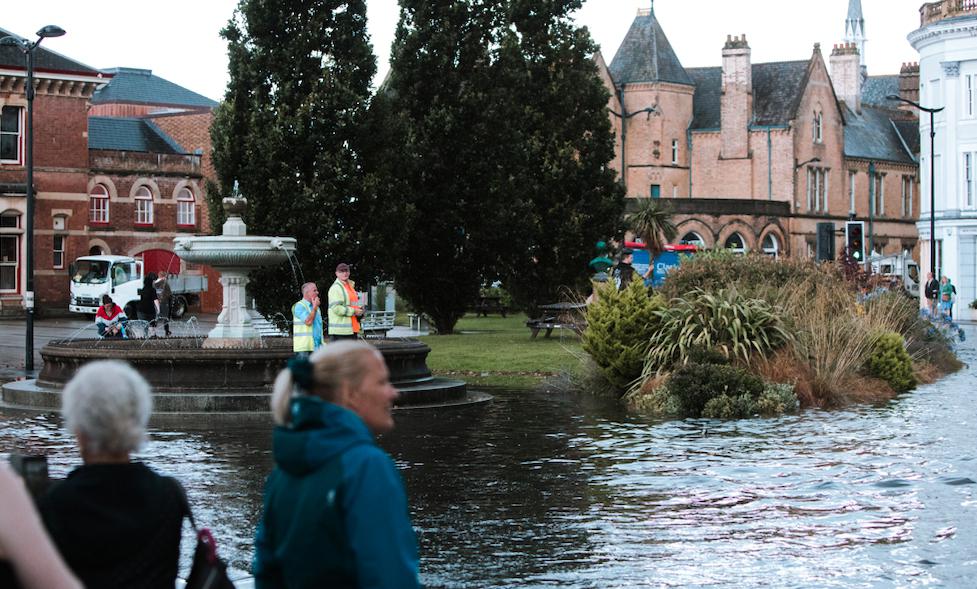 First a bomb, now a grenade