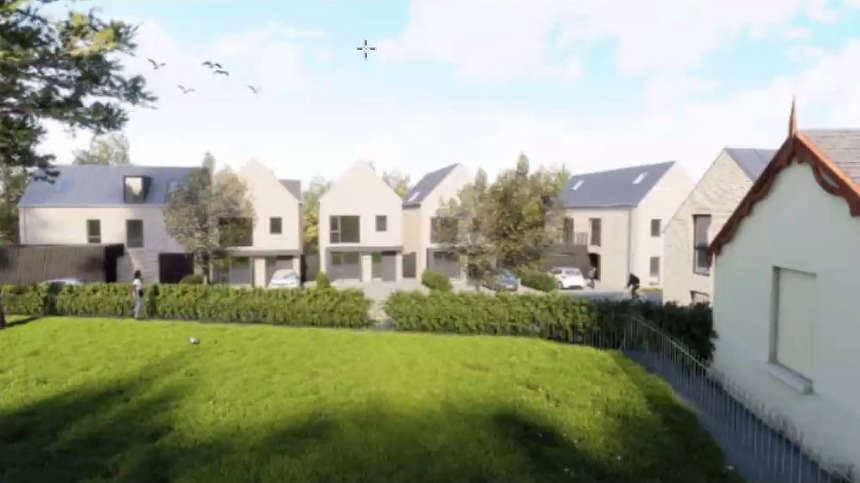 Six new homes will be built next to People’s Park in Tiverton by Mid Devon District Council’s development company.

Approval has been given for the development at Park Nursery, a brownfield site on the west side of Park Road, formerly used by the council for the storage of equipment and garden waste.

There will be one two-bedroom house, four four-beds and a single five-bed property, all described as a “high quality, contemporary design, using a palette of materials comprising brick, timber cladding and standing seam metal roofs.”

The homes will all be offered on the open market and constructed by the council’s residential property company, 3Rivers Developments Ltd, which describes itself as “developing a diverse portfolio of sought-after Mid Devon properties.”

Members of the council’s planning committee were told the site did have previously granted permission for nine homes, but this had been scaled back.

The planning officer’s report recommended approval, stating that the homes “will appropriately respect and relate to the character and appearance of the surrounding development.”

It added they will “preserve the character and setting of the adjoining conservation area and the significance of other heritage assets, and would have no unacceptable impact on the private amenities of the occupiers of neighbouring properties.”

The committee agreed, voting to approve, though not before cllr Barry Warren (Non Aligned Group, Lower Culm) asked for some of the trees on the site to be given protection orders.

However, he was told it would not be possible, with the planning officer adding that some of them were also outside of the site’s boundaries in the adjoining People’s Park.

Councillor Les Cruwys (Lib Dem, Cranmore) said the revised scheme was “a hundred per cent better” than the previous one, but questioned why an existing outbuilding, described as a ‘lodge’ will be retained for one of the properties.

The officer replied by saying the ‘lodge’ was shown on an 1880-1899 map of the area, but he did not know if had been rebuilt or replaced since then.

He added a condition had been put on the building, meaning it can only be used for “purposes incidental to the enjoyment of the residential house” and could not be extended or altered without planning permission.

The scheme was approved, subject to a section 106 agreement which includes a £9,000 contribution towards secondary education.

City back to their very best