Driving there may be hard

Traffic changes that will come into force once Exeter’s new bus station and leisure centre opens next spring have been agreed.

St Sidwell’s Point is beginning to rise above the hoarding line and the striking curve of the building is taking shape. When it opens, new traffic restrictions will be implemented. The Exeter Highways Traffic Orders committee has unanimously agreed to the proposed changes, with Mike Watson, Stagecoach’s managing director said: “We welcome some of the restrictions to general traffic, and if there is anything that affects circulation of the buses, we can address them at a later date.”

It is proposed that a prohibition is introduced between the entrance of Stover Court and Cheeke Street. All traffic would be allowed to travel north-eastbound from Cheeke Street towards Summerland Street. However, only buses, cycles, taxis and private hire vehicles would be allowed to travel towards Cheeke Street. It is also proposed to introduce additional bus stands and bus layover parking on Bampfylde Street to provide parking for the long distance coach stops that are to be relocated from Sidwell Street.

A new loading bay for St Sidwell’s Point will be constructed on the footway on Paris Street.

Proposing approval of the traffic changes, Cllr Sue Aves said: “We want people to think sustainable transport first. It is important to have a good welcome to the city and by making the changes to the roads in the way planned here, is the best way we can arrange the traffic at the moment.”

The cost is being funded by Exeter City Council as it forms part of the leisure centre development and provision of a new bus station, and work will be timed to minimise the impact on the city centre and local businesses.

A report to the meeting recommended that the proposals be approved, said: “The introduction of a new bus station and leisure centre is seen as positive to encourage continued bus usage which will help with congestion and air quality in the city and keep the public active. The proposals also include measures that improve access to the city centre for cyclists, including contraflow lanes and access where general traffic is not permitted.”

The St Sidwell’s Point development, which will be the first Passivhaus leisure complex in the country. It will include a main swimming pool and learners’ pool with moveable floors, a confidence pool, a fitness gym and two fitness studios, as well as a health suite and spa facility and a children’s soft play area

Exeter’s new bus station will include covered waiting and boarding areas and high quality facilities, and will replace the current station opened in 1964. The £52 million scheme is split between the £8 million for the bus station and £44 million for the new leisure centre.

The funding is sourced by £8 million from CIL contributions, £18 million from the new homes bonus, £1.4 million from capital receipts, and £18.5 million that has been borrowed, with the council saying it has a sound business plan to recoup the investment.

A spokesman for Exeter City Council said: “Good progress continues to be made on site despite restrictions to working practices caused by covid-19. 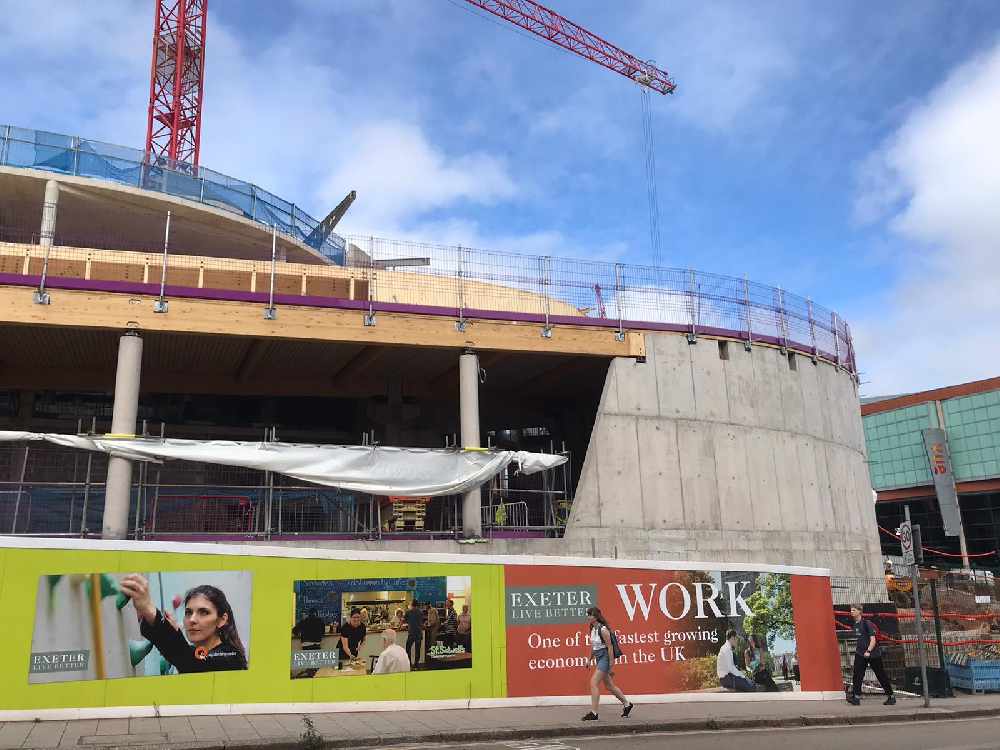